The Pricing Propheteer: The deer now have guns 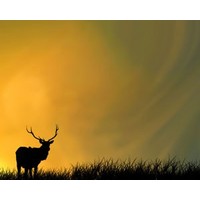 The French have always loved their food. So it’s hardly surprising that rising food prices, among other factors, contributed to the French Revolution of 1789-1799. Several decades later, a Frenchman started another, less well-known, revolution: a pricing revolution.

Louis Auguste Boileau was a retailing visionary, many years ahead of his time. He had a vision of a social retailing experience for the women of 19th century Paris, and engaged Gustave Eiffel to build the world’s first department store, Bon Marche.

There were two other things that were revolutionary about Bon Marche. Boileau decided that the goods for sale would no longer be kept behind a counter. They would be spread out across the shop floor so women could handle the goods and think they were ‘within their grasp’.

This made it difficult for sales assistants to say to customers “You can’t afford that – have a look at this instead”, which had previously been the practice. Boileau solved this problem by putting the price on each article, creating the price tag. Frank Woolworth and Aaron Montgomery Ward (inventor of the mail order) loved the idea of price tags so much, they introduced them in America shortly thereafter.

It’s unclear whether these two initiatives led to the development of “vanity price points” (eg: FFR 9.95), but it is possible. One of the reasons for the popularity of such price points is the audit function they perform: the shop assistant has to give the customer change, rather than just slipping a 10 franc note in their pocket.

Today, there is a new revolution in retailing: the internet. At the moment, customers are better at harnessing its powers against retailers than retailers are against customers. It’s what I call “the deer now have guns” syndrome.

The ‘guns’ shoppers are using include price comparison websites, and smartphone and tablet apps that let them find and buy the cheapest products online. Retailers are still working out how to respond to this.

From a pricing perspective (and pricing is not the entire problem), a good place to start would be for retailers to take a leaf out of their customers’ books and embrace technology. This would include apps for sales floor staff, linked to CRM (Customer Relationship Management systems), and price-setting technology which has been around for many years now.

But it could also include a new breed of pricing technology that has taken off in the last two years: competitive price intelligence and monitoring platforms, such as that offered by UpstreamCommerce.

Retailing is looking for its next Boileau. Fighting fire with fire is one place to start.