The pros and cons of 360-degree feedback 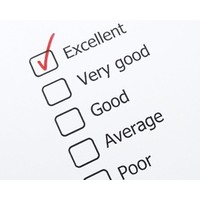 Leading companies keen to develop their people’s skills and experience – especially those of leaders – are increasingly turning to the 360-degree feedback system. But it has its limitations.

The 360-degree process refers to gathering feedback from a wide range of sources: teams, peers, supervisors, direct reports, members of the board, clients – anyone who can share meaningful information about the person involved. It’s not a high-tech solution, although there are many off-the-shelf software tools around to help and some companies have developed their own.

Human resources specialists and executive coaches specialise in 360-degree performance reviews, and say that it is a process better suited to developing talent than managing performance.

Executive coach Linda McDonald, who runs Corporate Learning in Sydney, says: “The definition of a 360 is you get feedback from your direct reports, your peers and your boss.”

“And it’s the same with direct reports. Direct reports will generally give anonymous feedback to their boss about their respective behaviours when they’re ticking the boxes and putting comments in and so on. You can usually get fairly honest feedback. But if they were rating the boss on their actual performance, they would have to know specifically what those goals and targets are. So then it becomes a personality thing.”

However, the 360-degree measurement tool comes into its own for developing people in leadership roles. For example, it could help a young manager who was promoted into a senior position too early. Or it could get a manager used to working on the day-to-day issues to start thinking more strategically.

HR consultant Margaret Harrison, who runs Our HR Company in South Yarra, says the process works best when there are five people in each category – customers, peers, direct reports and bosses. Each person is given a multiple-choice questionnaire. All questionnaires are identical.

“What’s on the questionnaire is about management style,’’ says Harrison. “If you can describe the person’s personality, how the person reacts to other people, what the productivity of the person is, would you recommend that people work with this person.

“It’s fairly general but they point out the individual person quite well and then they can get quite specific about what would you recommend this person not do. So there is a whole swag of those.”

She says there should be no more than 20 questions.