The rise of the corporate pricing function in China 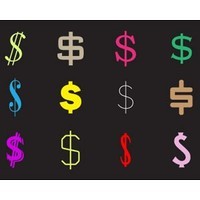 Last week I was back in China for the sixth time in just over three years, to run my ninth value-based pricing workshop. When I first started going to China, workshops sales were relatively slow (but ultimately well-attended), with delegates from business-to-business multinational corporations (MNCs) usually sporting job titles such marketing manager, sales manager or product manager.

Last week was very different. The workshop sold out weeks in advance, and more than one third of attendees were newly installed in roles with “pricing” in their title. One woman was even an (internal) “customer value management consultant”. What’s behind the change?

Among the drivers mentioned by attendees, two were particularly interesting. The first is that the establishment of a corporate pricing function is a defensive measure. For three years, I’ve heard delegates say their European and American head offices have been telling these Chinese subsidiaries to improve their pricing. But rarely, if ever, is any sort of training and support to assist in the attainment of this objective provided.

One of the primary motivations for establishing the Chinese pricing function is to manage those expectations, and the gap between what prices the Chinese market will bear, and what Europeans and Americans think prices should be.

The other interesting driver was input costs. As raw material prices rose about two years ago, more and more Chinese companies saw their margins eroded, primarily due to maintaining a cost-plus approach to pricing. Resources were added not only to protect such margin erosion, but also to facilitate a move towards a more sustainable, value-based, approach to pricing.

What can leading companies learn from these developments?

Firstly, not all markets are homogeneous. Just because a product commands a certain price in one market doesn’t mean that price will be obtained in another market. The level of economic development is one explanation, but so too are cultural differences, business customs and sales acumen.

Secondly, even the Chinese are recognising that customers don’t care about what things costs to manufacture. Customers care about the value they receive, and that cost-plus pricing is a flawed approach to pricing. And for the first time on this trip, I heard several Chinese companies admit that, if customers don’t see value in the price they charge, they’re more than happy to “sack the customer” and let them buy from the competition.

Of course, the other implication is that, if you’re buying from Chinese companies, you might expect to see them get more pricing-savvy and start to charge a little bit more in the not-too-distant future.