The shifting balance of workplace relations 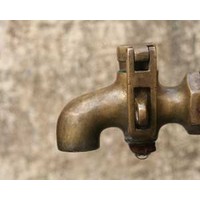 Workplace relations is about to become a lot more important for businesses looking to grow, and it has little to do with political sabre-rattling in Canberra.

ABS employment figures for February indicate an unemployment rate of 5.2%, with an additional 7.3% of people being classed as underemployed, or looking for additional hours of work. With Australia’s workforce participation rate effectively stable, we are clearly at full employment, and skill shortages are already quite painful for some industries.

The figures indicate that many organisations have reduced their employees’ working hours, rather than firing people when business slows down. Being able to flexibly adjust employee hours is a quick mechanism to pump up profitability when business hits tough times.

But there are some rather serious consequences to be considered. The report indicates that 56% of all underemployed part-time workers would prefer to work full-time hours. In effect, almost 4% of the workforce would happily shift to a full-time job – if the opportunity came their way.

In the current business reality of full employment – which is unlikely to change anytime soon – many companies will soon find themselves struggling to hang onto their casual and part-time workers.

To make matters worse, a newly-announced research study by the University of Sydney Workplace Research Centre has indicated that blue-collar skills shortages are likely to worsen.

The study, which was union-funded, points out a rather simple fact: wages being paid to apprentices are falling well short of market rates. The consequences for businesses have been pretty dramatic, with 12.5% of job vacancies for electrical apprenticeships in the Sydney region unable to be filled. Critically, out of those who are eventually recruited, 40% of apprentices drop out before completion, with pay rates being cited as a major cause of dropout.

For any business that currently relies on casual and part-time employees for key sections of their operations, this means that employee retention strategies won’t just be necessary: they will probably be a matter of survival.