The stats are in: Happy workers lead to innovative businesses 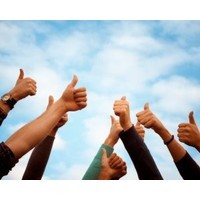 Businesses with happy workers perform better in the long run than businesses with unhappy workers, wellbeing researcher Nic Marks told the Happiness and its Causes conference in Melbourne yesterday, citing various studies to prove his case.

Marks, a statistician, developed the Happy Planet Index – a leading index for sustainability and wellbeing. He is also the founding director of Happiness Works, a company which provides employers and employees with tools to measure workplace happiness.

He called on businesses to start a second industrial revolution – one that unlocks the productive and creative capacities of their workforces by recognising the importance of happiness to their effectiveness.

“Our emotions are self-regulating, and they have a function,” he said.

“Fear helps us survive. And positive emotions allow us to reach for opportunities and achievements. If you think about that in a work context, happiness leads to employees taking opportunities.”

Marks said this is why studies have found businesses which appear on ‘Best Place to Work’ lists typically achieve outsized success, including above-average sharemarket performance in the long term.

It’s not just benefits that determine what is and isn’t a happy workplace.

Marks referred to the work of American psychology professor Barbara Fredrickson, a pioneer in the field of positive psychology. Her studies, expanded on in her book Positivity, have shown how positive emotions make teams more open to inquiry and creative risk-taking.

“Happiness works,” Marks said. “But it’s not mainstream yet.”

“We need engines of change powered by happiness: a new industrial revolution.”