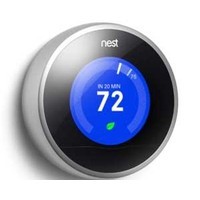 Everyone loves a good gadget.

Entrepreneurs are especially attracted to the latest tech, and with good reason – a well-crafted gadget can make your work life more organised. Technology has enabled people to be more productive, and the latest smartphones, tablets and computers help entrepreneurs manage their time better.

This year has been a landmark one for gadgetry. Apple released the long-awaited iPad Mini, and Samsung actually came up with a viable challenger to the iPhone.

We also saw crowdfunding become a viable path for gadget makerswithout much money, ushering in a new age for manufacturers who can tap into groups of people who want specific products.

It’s certainly been an interesting year, so we’ve put together 10 of our favourite gadgets of 2012, and another 10 we’re looking forward to in 2013.

It was the worst-kept secret in Silicon Valley, but the iPhone 5 nevertheless made an Apple-sized dent in the 2012 tech calendar. Despite the nerves over whether Tim Cook could handle his first major product release without Steve Jobs at the helm, the consensus is that he did extremely well. Once again, the iPhone remains on top of the smartphone war.

A smaller iPad was a gadget rumour that had been making its way through the tech scene since the release of the original iPad in 2010, but it didn’t become a reality until this year. Apple didn’t want to just make another seven-inch table to compete against the saturated small-factor market and instead focused on keeping the iPad experience the same – just smaller. It paid off.

The Android platform has been looking for an iPhone contender since 2007, and Samsung finally cracked that market with the Galaxy SIII. By all accounts it’s perhaps the best Android phone on the market and, despite ongoing patent disputes with Apple, has made the Korean manufacturer extremely profitable.

At long last, Android finally has a winner.

This might not be something that was released in 2012, but it’s in a prototype form and that’s certainly good enough. Some ex-Apple designers created what might just be the most beautiful thermostat around. But the Nest isn’t just funky and futuristic, it actually works – something to watch for in the coming months.

We’re all waiting for the day when we can use our smartphones as wallets, but there’s already a gadget that will allow you to control your front door with one. The Lockitron, which was released this year, sits on top of an existing deadbolt and can then be accessed with a smartphone app. You can set it to open at certain times, allow friends to have access with their phones as well, and manage your security remotely.