The untold benefits of our ‘costly’ car industry 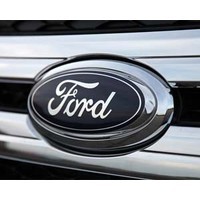 There are four facts we have all become aware of in the past few days – if not months – regarding car manufacturing subsidies.

Fact 1: A lot of money has been given to Australian car manufacturers over the past decade.

Fact 2: Despite great financial assistance, the future of the sector looks bleak.

Fact 3: Job losses in manufacturing are increasing. One out of 10 manufacturing jobs disappeared over the last four years (estimates suggest more than 100,000 jobs) with the federal government projecting the loss of another 85,000 jobs over the next five years.

Fact 4: There is a great divide regarding the long-term effect of car subsidies. Some view it as “good economics”; others see it money down the drain.

Then there is also the matter of transparency, with the Australian Financial Review and the Department of Industry entangled in a legal dispute over whether sensitive commercial details of the subsidies – released unredacted by mistake to the AFR in response to an FOI request – should be made public.

It would seem this debate is more about politics and a union membership base rather a true assessment of the cost and benefits.

According to 2010 figures from the Federation of Automotive Products Manufacturers, companies involved in Australia’s automotive supply chain manufactured and exported more than $1.51 billion worth of components, and sold more than $3.71 billion of components.