How courage can translate to pricing profits 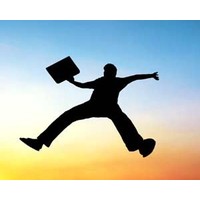 Consumer recessions be blowed. We crashed through a 50% price rise in July and sales increased.

This is my second huge price rise in a recession. And going against the “bonanza”/”monster price-cut” sales clutter has again proven successful.

I will now add a handful of magic asterisks, but in both cases recessions proved the best time for paradigm-shifting price rises.

And that’s more for the long term, although the short-term cash accumulation was useful.

This is only the second time in 21 years for such price hikes, which suggests they are rare occasions.

But they are ones which can make a business.

The first instance was in late 1990. The “recession we had to have” had created endless price wars, but at a time of relatively high inflation and massively high interest rates. Business, including some competitors, were running out of a lifetime of working capital in months. And going broke, which further compounded pricing stupidity.

Just about everyone was so busy chasing cash, and very short-term cash, that no one was promoting the virtues of their product or service.

After two years of this, I got our senior staff and a couple of trusted customers together for what I described as a ‘languid lunch’. That was such a surprise offer given my alleged stinginess, especially in recessions, that they turned up with their ears open. I just wanted them to talk about what they thought our offerings were worth, what was not being offered to make their life easier or improved, and what was competing for the money we were chasing.

Then, as now, everyone was squeezing budgets and screwing dollars in every transaction, but none were really looking at effective efficiency. What is 20% off a two-bob watch worth if it doesn’t work tomorrow?

Their response provided enough encouragement to do some cautious research on what would increase our usefulness, to the point of being so valuable more dollars actually flowed.

The result is we bought two financially weak but strategically important competitors and created a new and improved business (yes, really, it wasn’t just repacked). And we put the price up 38%.

If nothing else in recession-battered Australia and New Zealand in 1991, asking for a 38% price rise got us in to speak to senior CEOs and even a few international directors. Some wanted to see what stupid fools looked like, but most were curious and prepared to give us an hour out of their year just to listen to a different proposition.

Not only did we pick up more dollars, we picked up more volume and new clients, who five and 10 years later were still talking of our courage, and acknowledging we did deliver on effective efficiency.

That decision made that business for the next 15 years.

Competitors were so blindsided they did not attack prices then or ever. One international competitor left the market. The rest struggled at low margins while we were making 70% of the sector’s profits with 45% market share.

There were some rough patches. We rushed getting internal efficiencies so a $340,000 computer crashed, burned and was taken to the dump, chewing up an alarming amount of cash flow.

The major issue was persuading price-battered staff that as proprietor i would stick to all my delivery and product improvement promises and hold the new prices regardless of laughter and discounting attacks from competitors. Holding my line won staff loyalty and respect for a decade.

This brings me to last month. The process had been similar. I had to physically visit and assure staff that the product was better and no underhanded discounting would be accepted. That was more difficult given this product is much more global and involves some brave currency calls.

Within hours of the new pricing, calls came in from staff amazed they had made higher volumes of sales than usual at the new, higher pricing.

Pricing should be about real value, not trashing a product’s long-term standing.