The winners and losers in the NRL’s broadcasting deal 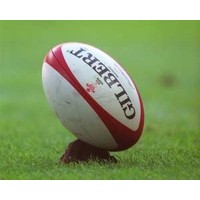 The new broadcasting deal struck this week by the Australian Rugby League Commission (ARLC) represents an outstanding result as well as a lost opportunity.

The $1.025 billion that the Nine Network and Foxtel will pay for the privilege of broadcasting rugby league for the next five years is an enormous fillip for the sport’s coffers.

The deal more than doubles the existing broadcast rights which, back in 2005 (and came in to effect in 2007), were valued at $500 million.

The flow-on effect from the injection of cash will be seen at the elite level, with the salary cap for NRL clubs to be lifted from the current level of $4.4 million a year to possibly as high as $6 million.

Players will be financially rewarded for their talents, a lingering sore point which, in part, led to the high-profile defections of Karmichael Hunt and Israel Folau to AFL and Sonny Bill Williams to rugby union.

The ARLC has promised its financial windfall will trickle down to ensure more money and resources are poured into junior development. The grassroots frontier is not to be underestimated. All of the football codes are engaged in a battle for the hearts and minds of parents to convince their children to join the AFL, NRL, ARU or FFA “family”. And that’s without the next tier of winter sports such as basketball, netball and hockey, among others, thrown in to the mix.

On many levels, the broadcast rights deal is a big win for rugby league. But while the sports and its participants are winners, there are many who won’t see the benefits.

A new broadcast deal has not changed anything for TV audiences. The Nine Network will continue to show just three NRL matches most weekends and only one of them will be “live”.

To ensure those free-to-air matches are attractive to the Queensland audience, one of the three games will always involve a team from up north, most likely the heavily-supported Brisbane Broncos.

Nine chief executive David Gyngell said the network had to “commercialise” its coverage to ensure healthy audiences were tuning in. So, if your team is not performing well or does not have a strong following, it is unlikely to figure prominently on free-to-air television.

To some degree, Gyngell has a point. The Nine Network will fund rugby league to the tune of more than $85 million a year, so perhaps it has a right to dictate broadcast terms.

But for the punters who want more, they will have to pay for the privilege to see Foxtel’s coverage of five matches per weekend. In other words, it is the same broadcast access to rugby league we have seen since 2007.

The broadcast strategy relies heavily on what is known as “event TV”. “Live” sport is a popular product for consumers and a much-sought-after commodity for broadcasters. But its value is short-lived: the mass market audience shrinks within hours of the conclusion of a sporting event once everyone knows the result.

With pay-TV subscription rates running at about 34%, it means two-thirds of Australians are only able to watch one NRL match “live” every weekend, with another on one-hour delay and a third on two-hour delay.

At a time when rugby league is fiercely trying to ward off the AFL insurgency in the northern states, one wonders about the ARLC’s strategy to increase its reach to consumers. The same limited, free-to-air coverage for the next five years is not going to help.

The ground on which this battle is taking place is also shifting. We are now in a digital era when consumers are demanding access to content wherever and whenever they want.

The AFL is embracing this change and investing heavily in developing itself as a quasi-media entity. It has a media unit with more than 100 staff which delivers text and digital content directly to fans.

Chief executive Andrew Demetriou is on the record as stating that the construction of the National Broadband Network might well give the AFL the opportunity to provide content (matches) direct to the consumer and cut out a third party (the broadcasters).

The idea is not without risk. The broadcasters are financially propping up sports at the moment, so to exclude them from the coverage might be self-defeating.

But the ARLC must resist the temptation to lay back and roll about in the cash that is about to come in. It is still negotiating the broadcast rights for mobile services, so there is an opportunity to latch on to this shift in audience demand for immediate access to content.

TV ratings tell us that media consumption habits are changing – as are media products. The internet is encouraging innovation and competition, and internet broadband players are already offering pay-per-view deals that threaten products offered by Foxtel.

Rugby league might be celebrating now. However, the rivers of gold will not continue to flow past this new broadcast deal unless the sport starts to be at the forefront of media developments and consumer demands.

Simon Brady is a lecturer at the University of Canberra. This article first appeared at The Conversation.