The worst leaver in history? How to deal with backlash from within 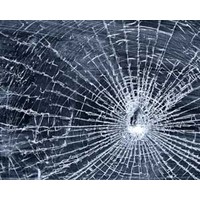 Bad leavers – disgruntled staff who go public with their complaints once they leave –are part of business life.

But Greg Smith, a former executive of investment bank Goldman Sachs, has to rate as one of the worst leavers in history.

Not only is Smith’s letter to letter to The New York Times catastrophically critical of Goldman Sachs, but Smith sheets home the blame for its moral decline directly to the current management, chief executive officer, Lloyd C. Blankfein, and the president, Gary D. Cohn.

For leaders observing Smith’s disastrous exit from the company he once loved, the lessons are many, and the issues serious ones.

There are two types of bad leavers, says human resources consultant, Patrick Kelly, of Nexus HR Consulting, and leading companies can do something about both types. “There are those with a psychological problem that they may never have dealt with,” he says. “It might be something small, but it still has an impact.

“The other type is someone who is disgruntled for a particular reason.”

Recent research in the United States shows that 75% of staff are disgruntled when they leave, and that number is rising. They are not that hard to spot, says corporate communications consultant, Marjorie Johnston, chief executive of WordMakers: “I think there are often signs that someone is disgruntled, but it is hard to know how far people are going to take it.”

As a preventative strategy, Johnston says leading companies can ensure a disgruntled staff member is aware of the company’s rules and legal protection regarding sabotage, taking company property, and disparaging the company publicly. “In the world we live in, there are clear corporate guidelines. The direct [manager] of someone looking shaky should sit down and go through clear guidelines,” she says.

Even leavers who do not publicly trash their former employer might do so within their own circle of friends and colleagues, Kelly says, and this mean leading companies need to react to the issues that the bad leaver is complaining about. “A larger company would react and try to fix the problem, but many medium-sized and smaller companies do not get the right advice.”

Kelly believes a vicious public attack may point to a company in terminal decline. “The fish rots from the head down,” he says, meaning that poor leaders are responsible for poor staff morale and performance.

Problems that are left unsolved until a person leaves in frustration point to big problems with the company’s human resources function. “An HR function that has failed is one that is hamstrung, where the right person is not in the role or where they are just representing management and not the people in the company,” he says. “A good HR team just says to management: ‘This is what is happening, this is what we need, and how much money can we have to fix it?’”

Poor management is not at fault in Johnston’s view, but leading companies will take the matter very seriously. “It doesn’t necessarily mean that something is wrong [with the company], but you need to take stock, do an assessment and decide, ‘How are we going to respond in the short term, and are their medium- or longer-term issue we need to address because we have seen something in a different light’,” she says.

Staff with psychological issues, confronted sensitively, can be deterred from turning into bad leavers, Kelly says. “A preventative step diminishes the chances of bad leavers by 60%, sometimes more, because you do something to assist them. There are loads of people who can do [psychological] assessments, and it is a matter of seeing if the person can acknowledge the issue, and the impact they are having on others.”

With regard to limiting the damage to a company’s reputation, there are two schools of thought, Johnston says. “One is: ‘We don’t want to pursue it, and we want it to die down’. Taking it further can inflame and continue the issue, and I do advise not responding in some circumstances.”

The other option is to pursue legal action, or to publicly rebuff the bad leaver’s argument. “When something is written that is completely untrue, when it is not a matter of debate, sometimes there is an argument to correct it,” Johnston says. “If [the leaver] has taken a document that belongs to the company, I guess the company’s legal counsel, their communications adviser, and the CEO and chairman might discuss the strategy.

“If it is a letter, or a ‘he said, she said’ situation, it might be a matter of letting it die,” she says.

Leading companies should avoid a “knee-jerk” reaction to customers. “You want to avoid sending a letter to clients saying, ‘No, we really love you’. The Harvard Business Review talks about the customer who complains as being your best friend. Take the issue seriously and ask, is there something we can learn from this?”

A public shellacking is devastating on the morale of remaining staff. Leading companies will address the issue with staff honestly, Kelly says. “Let’s say the company is in good order; then it is a matter of how you deliver the message, being transparent, saying what has happened, the circumstances, why it ended the way it did, and how you plan to respond. If you don’t include people in the conversation, they make it up.”

Even honesty can’t save the day if the company is basically rotten, Kelly says. “If it is the case of the fish rotting from the head, if the staff say the bad leaver is probably in the right, then the company has failed. I’ve seen it happen. It is not nice.”