Think of Google Reader’s death as a wake-up call 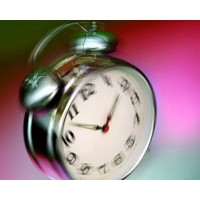 Nearly a week ago, Google announced something which made me, and hundreds of thousands of other users, freak out:  the search giant would be killing its RSS aggregator Google Reader.

To give you any indication of just how big a deal this is, the death of Google Reader and the election of Pope Francis were announced about the same time. Google Reader was the highest trending topic on Twitter.

Google cited a low and declining number of users as the reason for the axing of the service.

In case you don’t know what it is, Google Reader is a type of RSS aggregator. In fact, it’s probably the best available. RSS stands for “really simply syndication”. The technology is a way of aggregating all the news flowing through a site. Instead of going to the site, you just import that site’s RSS feed, and then flick through the headlines in Google Reader, just like you would an email inbox.

For a newshound like me, and scores of other users, it’s an essential tool. I have over 120 sites in my feed and I rely on Reader to bring me up-to-date results for every one of them. In short, it’s the most essential tool I use every day to do my job most effectively.

And soon, it’ll be gone.

It’s ironic, isn’t it? We depend so much on the cloud for our technology now and espouse its benefits; we forget what happens when companies take that power away.

Google controls the internet. For plenty of businesses, it controls the way they create documents, share files and organise their calendars. The giant even controls their email.

Now imagine what would happen if one of those services were to disappear. What would you do? For many, the answer would be, at least initially, go into panic mode.

But there’s a critical point to be made about Google Reader’s demise, which has already been pointed out by a few savvy developers. Although the service is set to die, this is actually a golden opportunity for developers.

Over the past few days, alternative RSS aggregators like The Old Reader, NewsBlur and Feedly have had so much attention, their servers crashed. Understandable.

Every death is an opportunity. Too many entrepreneurs don’t search for them. Over the next few months, we’re likely to see more developers try and create RSS-based solutions for Google Reader users.

It doesn’t sound glamorous, but a savvy product could do extremely well where there’s demand. It’s the first rule of business, really. Find a problem no one wants to solve, and then solve it yourself. But are you doing that right now? Are you even doing that with your own product range?

The death of Google Reader is sad, (especially for news junkies like me), but it’s a golden opportunity for developers. Take it as a lesson for your own business acumen. Don’t get down when there’s a gap in the market. Just figure out a way to make it your own.