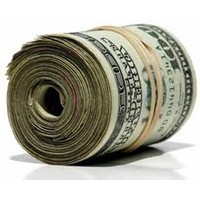 Growth. In the venture capital industry, people often argue that growth drives value. This is how some investors justify putting sky-high valuations on companies that are growing but not yet making any money.

Consider the social gaming developer Zynga, which lost more than $209 million in 2012 – but is still valued at about $2 billion because of the cash it raised and because its revenue is still growing. On the other hand, there’s Groupon, once lauded by Forbes.com as the “fastest growing company ever”. Its stock price peaked weeks after the company went public in November 2011 and is now down about 80%. The market has come to question whether Groupon’s growth can be sustained, and with what underlying earnings.

Focus on growth and growth alone is always a temporary strategy. Over time, a company’s value becomes a function of both growth and cash flow. Superior earnings eventually lead to superior value creation.

Put another way, quality (ie: sustainability) of revenue matters as much as quantity (ie: growth) of revenue. High-quality revenue has three main characteristics: predictability, profitability and diversity. So in addition to looking at year-over-year growth, young entrepreneurs should be looking to these three metrics to drive long-term value:

1. PREDICTABILITY. What is your predictability metric? That is, how much of an “annuity” does your business model have? This is best measured by counting your customers from last year, and seeing what percentage have remained customers this year. For example, if you had 1,000 paying customers in 2011, how many of them were still with you in 2012?

At our venture capital firm Cue Ball, we look for companies that have the potential to get 90% of their customers to return year over year and have them spend at least the same amount or more as they did the year before. With that level of recurring revenue, their products will go from “good-to-have” to “must-have.” The client-recurrence count year over year (or its inverse metric, churn), along with a measure of whether those recurring clients are spending at least the same amount in aggregate (recurring dollars), are the best proxies for predictability of revenue. It’s always easier to forecast future success if you can be confident that 90% of last year’s customers and dollars will be back this year.

2. PROFITABILITY. Where does your profit really come from? A company’s earnings are the sum of many different revenue streams contributing different margins and by extension different profit streams. At a fast-food establishment, for example, a fountain drink is likely a key profit driver relative to other elements of the meal. Or take Amazon.com: it makes its money as an e-commerce giant by selling goods, right? A closer look reveals that the majority of its profits come not from e-commerce sales but from its third-party marketplace, media, and growing web and cloud services. It’s crucial to unpack your profit margin to determine exactly which products and services need to perform better. A practical approach is to divide your revenue into higher-margin and lower-margin categories. What is a benchmark for a good margin? It varies by sector: for example, retail businesses will have lower gross margins than on-demand software. We like business models that can generate gross margins of more than 70%.

So there you have it. It’s a simple enough framework, but often difficult to achieve. High-quality revenue requires predictability, profitability and diversity. Do you have highly predictable, diverse revenue streams with high-gross margins? Growth fuelled by low-quality revenue can be exciting, but it eventually fizzles out. In the long run, as with most things in life, high quality is the way to go.