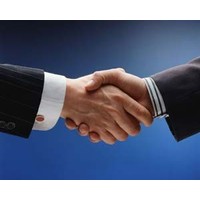 For days, we’ve been treated to blow-by-blow accounts of how Nine Entertainment Co has tried to get its lenders to try to come to some sort of debt-for-equity swap.

Yesterday, an agreement was reached. On the issue of equity, hedge funds Apollo and Oaktree, who were owed $2.3 billion, will receive 95.5% of Nine. Goldman Sachs, which owned $1 billion in second-tier debt, got 4.5%.

Responsible for bringing these parties begrudgingly together was Nine chief David Gyngell. Here’s what you can learn from his tactics.

The party with the most leverage wins

While there’s an art to negotiation, sometimes it comes down to cold, hard leverage.

Goldman Sachs started the negotations asking for 30% of Nine’s equity. On the face of it, Goldman was owed $1 billion to the hedge fund’s $2 billion. But its debt was second-tier, meaning in the event of administration, it would only be paid after the other creditors. This meant, realistically, it had little bargaining power, and after digging in for a very long time, it ended up accepting only 4.5% equity in Nine.

Simon Kelland, a managing partner at negotiation consultancy Scotwork, says given their position, Goldman got a deal that was probably good for them.

“It’s a classic example of transactional, distributive negotiation,” he says. “The party with the most negotiating leverage ends up with the vast majority of the value in the deal. Particularly if they’re prepared to deploy that leverage. The hedge funds had the most power in this situation, and the management of Nine probably had some power as well, as part of the value of Nine is the calibre and quality of his management team.”

Upon exiting the negotiations successfully, Gyngell said to reporters: “I’m not sure if all the players are happy, but I certainly am.”

Given the hedge funds got almost all the equity they wanted, we can only assume Gyngell was eluding to Goldman, who got a whole lot less than it wanted.

The risks and benefits of negotiating for keeps

Given that private equity fund, CVC, owned Nine, you’d expect its representatives to be heavily involved in any negotiations that would swap debt for equity.

But the firm stomached the loss and vacated the room to make it clear Gyngell was running the negotiations.

With most CEOs, this would be an odd situation, says Kelland, but given Gyngell’s family connection with the company (his father founded the television network) it would be more strange if he hadn’t been intimately involved.

The reason management usually stays out of these discussions is because it’s high risk. “If you end up negotiating an outcome that one of the major players aren’t happy with, you can end up signing your own death warrant,” Kelland says.

“At the most general level, in these kinds of situations you have to worry more about your reputation,” Olekalns says.

“You’re less likely to go in really tough. It really creates a conflict. In any situation where you’re negotiating as an agent, you have competing interests: to get a good deal for the people you’re representing, but also not damaging long-term relationships.”

Gyngell appears to have handled this tricky, high-risk situation with aplomb. By wedging himself between the parties, and successfully bringing them to agreement, he’s put himself in an “all-powerful position”, media industry veteran Harold Mitchell told The Australian Financial Review.

“The network needs him, the market trusts him, and he’s enormously capable.”

A personal touch pays off

This is where Gyngell’s personal involvement paid off. Unlike Nine’s owner, CVC, which was removed from the day-to-day operations of the network, Gyngell had plenty invested in the outcome (and, coincidentally, a wife and newborn child in hospital with whom he was foregoing time to see the negations through to the end).

Kelland says: “if you’re not at the table, you can’t affect the process. At its heart negotiation is very simple. It’s about knowing what you want and having the courage to pursue it.”

Gyngell being intimately involved with the network, he was well-placed to identify and go after his ideal outcome.

In the end, it all came down to a $10 million sweetener offered to Goldman Sachs by the hedge funds, wrote Nabila Ahmed in the Australian Financial Review.

Goldman Sachs was owed $1 billion in second-tier debt. It’s hard to understand how 1% of that could be all it took to get the company over the line.

Olekins offers some insight into what would have been going through its executives’ heads.

“It all depends on what else you’ve given away in the negotiations leading up,” she says. “It’s always problematic when there’s one issue left on the table and everything else is decided, because you can’t easily give on anything else to compensate for an outcome on that last issue.”

“So people might dig in on one last thing out of a feeling they have to make some ground.”

By going to the hedge funds and begging them to give Goldman just a bit more, Gyngell gave Goldman a little ground. And at that point, it was all the investment bank needed to agree.

The importance of strategic context

Asked what he thinks the most important lesson to draw from the negotiations is, Kelland says it’s about strategic context.

“Is it short-term, or is the long-term value of the asset more important? That informs the way you negotiate, who negotiates, and how they deploy their leverage.

“Before you ever engage in the cut and trust, be very, very clear about your priorities.

“Clearly here, it was to preserve the value of the asset in the best way possible.”

As Gyngell pointed out to reporters yesterday, not only has Nine avoided administration, it’s now debt-free. Which isn’t a bad outcome at all.

Read more: Why being debt-free is Nine’s big break