Three reasons you should fire the prima donna 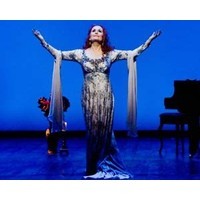 Over my 10 years as an executive coach, I’ve come across situations where one of my clients feels like they’re between a rock and a hard place because they have someone on their team who produces great results but alienates everyone around them.

You know the type. It’s what we’ve come to call the prima donna. According to Wikipedia, the term comes from the world of Italian opera where the prima donna is the “first lady” – usually the leading soprano in the company, with a reputation for arrogance, ego and irritability that makes them a real pain to deal with. These days the term has become gender neutral. Males can be prima donnas too. (Former American Idol judge Simon Cowell is the first male example that comes to mind.)

The prima donna dilemma has been on my radar a few times in the past year. These situations usually have some common characteristics. The prima donna is talented in his/her domain and selectively builds relationships with a few key people who can help him accomplish what he’s trying to do. Meanwhile, he treats his teammates poorly and, as he puts more and more points on the board, starts making demands of the boss that have the whiff of extortion.

You have probably seen how this plays out. “If I don’t get the promotion, the raise, the big account, the glamorous assignment or whatever, I’ll take my services elsewhere and you’ll be left high and dry.” He’ll usually make this move a few weeks or days before a critical meeting with a customer or in the midst of an important project where he’s a player. Every time he gets what he wants it becomes fuel for a cycle of escalating demands down the road.

So, if you’re a leader with a prima donna on your team who keeps playing this game, what do you do? It’s simple. Bite the bullet and fire them. Here are three reasons you should:

1. You’ll get more from the rest of your team. Prima donnas are productivity and morale killers. When they’re playing their game, everyone around them is miserable, resentful and spending most of their energy griping about the prima donna. Take the diva (or divo as the case may be) out of the picture and everyone else is able to get on with the real work. As a leader, you’ll likely be pleasantly surprised by how much more creative the rest of your team is when they get to breathe some of the oxygen the prima donna was sucking out of the room.

2. You’ll send the right message. While it feels a little strange to quote Karl Marx in a leadership blog, curing a prima donna situation is one in which the good of the many outweigh the good of the few. By getting rid of the prima donna, you send the message that the health and welfare of the team is more important than the ego needs of any one individual. Most people are motivated by being a part of something that’s bigger than themselves. You can’t create the conditions for that to happen when one person is demanding all of the spotlight.

3. You’ll save yourself headaches in the future. If you’ve had a prima donna on your team, you know that once the pattern of “give me more” is established, it rarely ends. As tough as it can be to let go of someone who is getting results at a critical time, you’ve got to do it and look at it as an investment in the long-term success of your team. The analogy I make is to removing a Band-Aid from your arm: you know that the adhesive backing is going to pull some hairs when you remove it. You can just rip it off or peel it off bit by bit. Either way, it’s going to hurt. You might as well rip it off and get it over with.

It’s the same thing with firing someone who’s established a history of being a long-term source of heartburn and headaches. Get it over with.

OK, all of you leaders out there, let’s hear your stories on how you’ve handled the prima donna situations in your career. What have you learned that the rest of us can benefit from? What have I overlooked with my advice here?