To sell is human; to grow a profitable company, divine 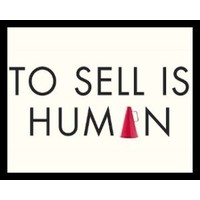 Management author Daniel Pink has just written a new book, To Sell Is Human. The Wharton School of Business recently published an interview with him about the book. There were several underlying ideas propagated in his book.

First of all was the idea we are all in sales. According to US Labor data, one in nine people in the economy today make a living selling stuff. They are car dealers, real estate agents, etc.

However, Pink argues that many other professions such as managers, project team leaders, educators, art directors, etc, spend an enormous amount of their time in non-sales selling. They’re convincing you to make an exchange; give me something you have in exchange for something that I have.

The second key concept in Pink’s book is that the concept of sales as slimy, smarmy, sleazy, and duplicitous is now outdated.

Now, that information asymmetry is becoming more like information parity. This has changed the nature of sales.

For example, to a salesperson, ABC used to stand for Always Be Closing. Now Pink suggests that it stands for Attunement, Buoyancy and Clarity. Attunement means understanding someone else’s perspective via empathy. Buoyancy is resilience; remaining buoyant in the face of rejection. Clarity means being able to curate, filter, make sense of and detect patterns in the mass of information now available to both the buyer and seller.

This resonated for me because of a defining moment in my business career.

In the early 1970s I did an MBA at the London Business School. My tutor was Charles Handy, who subsequently became a well-known management writer; indeed, Fortune magazine described him as the best modern management guru of the 1990s.

In my final year I had the good fortune to be offered a job by McKinsey’s in New York after being flown there twice for interviews. When discussing this opportunity with Charles he said that if he were in my shoes, he would not take the position. In his opinion, the most important key to success in business was to be good at one-on-one meetings; because that was when decisions were made.

However, while MBA courses were good at teaching business analysis they were very poor in developing people skills. He suggested the best way to gain this expertise was to become a capital goods salesperson. I subsequently went to Australia and following his advice and became a trainee salesman with ICL, a British mainframe computer company.

It was at ICL I was introduced for the first time to the Humm-Wadsworth profiling technology which I now believe is the secret to lifting your emotional intelligence.

A cornerstone of emotional intelligence is social mastery: being able to understand another person’s core emotional drives and then using that knowledge and your social skills to gain cooperation.

Pink’s observations, while not unique, certainly appear to apply in the modern era. Mind you, I still remember a famous aphorism from my MBA days probably caused by Rolls-Royce being declared insolvent in early 1971: