Tool or time thief? Technology and the work-life balance 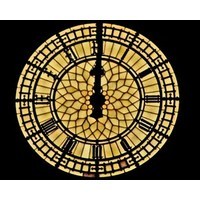 Welcome to the Future of Work, a series from The Conversation that looks at the ongoing evolution of the workplace. Today, Monash University’s Anne Bardoel looks at technology and the threat it poses to the work-leisure balance.

As a child, I can remember watching The Jetsons, a cartoon series about a futuristic family who had all manner of technological appliances to help around the house. In the ’60s and ’70s there was a belief that technology would reverse the ratio of work and leisure and we would be able to spend less time working because there would be less work to do. Like the Jetsons, we would be free to focus our attention on other aspects of our lives. But has this happened?

Fast forward to now. No sector of the economy is immune from the influence of technology. How many of us work at home in the evenings and on weekends? Have a mobile phone which we use for work? Check our email messages at home or work regularly with other people in other time zones? There is no doubt that technology has changed the way we work and provides challenges for work-life balance.

On the football field, the boundary marks the edge of the field. Inside the boundary, the ball is in play; beyond the boundary it is out of play. The trouble with the boundary between work and personal lives is that it is very permeable. As renowned sociologist Arlie Hochschild identified, workplaces are greedy institutions and technology has allowed them by stealth to expand the boundary line and encroach on our personal lives.

Duxbury found that there were two main types of technology users. There were those who were slaves to the technology. These people had high expectations and workloads, felt they needed to work long hours and be accessible 24/7 if they were to advance in their organisation, and were addicted to work. They also often worked for organisations where the culture drove this kind of use and it was not acceptable to say “no”. The other group were moderate users of technology who used technology as a tool for both personal and work life and these people reported that technology increased their ability to manage their time and increase control of their lives.

However, there is also a generation divide.

The current generation of young Australians have never known a world without constant access to mobile phones, the internet and email. According to a recent Australian government report on young Australians, the internet and new technological devices are so commonplace that the youth take them for granted. Young people use the information superhighway to communicate with their friends and peers and gather information about the issues in the broader environment. Technology is an extension of their social lives. They are also used to not only to receiving and sending information instantly but also multi-tasking with technology.

With the recent increase in technology and social media use, it is anticipated more and more employees will be using social media and the internet at work. Interestingly a 2010 study by Wajcman and colleagues of a nationally representative sample of Australian employees found that people reported their internet use had a positive impact on their ability to balance their home and work lives.

Contrary to what the researchers expected, they found that employees who were using the internet for work purposes when they were at home were doing so on their own terms and thus perceived they had more control and flexibility.

Will the evolving world of increasing technology lead to a positive work environment of quick thinking multi-taskers who use the internet as an external brain? Or will it lead to a negative work environment where the need for instant gratification outweighs the ability for thoughtful reflection and deep thinking ability? Are we heading towards a world of excessive technology addiction, where we can’t detach from work during non-work hours, which leads to negative repercussions for work-life balance? Or can we take control of the technology and use it as a tool to help, rather than something to respond to.

Some employers are recognising that there are advantages in terms of productivity and creativity to letting people switch off from work. For example, Volkswagen (Germany) deactivates emails during non-work hours and employees can only receive email a half hour before and a half hour after the work day.

We are a key point in time in making sure technology does not become the master in a Terminator-type way. Say no and take control of the technology. Educate clients, colleagues and managers that a fast answer isn’t always the best answer.