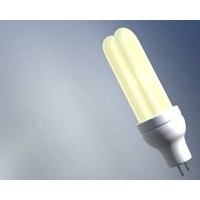 CEOs make decisions – that is their job. Every decision, however, does not carry the same weight. Many are routine; some are significant. A few – a rare few – are momentous. These decisions determine not only the trajectory of the firm for years to come, but also, most likely, define the CEO’s career and establish her or his legacy.

Harlan Steinbaum, former chairman and CEO of Medicare-Glaser, one of the largest retail pharmacy chains in the US, calls such decisions “defining moments”.

Steinbaum’s own defining moment came during the 1970s when he and his partners decided to buy back their company from the conglomerate to which they had sold it. Before the sale, Medicare-Glaser, which was founded by Steinbaum’s father-in-law in 1923, was a successful chain of drugstores and pharmacies, but it faced increasing competition from rivals such as Walgreen’s. Hoping to compete more effectively as part of a large, well-capitalised company, Steinbaum and his partners in 1972 sold the company to Pet, a conglomerate listed on the New York Stock Exchange. Soon, however, Steinbaum realised that bureaucratic red tape and an aversion to risk threatened to stifle his former company’s entrepreneurial culture. At the risk of taking on significant debt, he and his colleagues bought back the company in a leveraged buyout – but they also set it on track for future growth and success that it could never have hoped to enjoy as part of Pet.

Motivated by his own experience, Steinbaum decided to explore similar defining moments of other CEOs. The results of his efforts have been compiled in an insightful volume titled, Tough Calls from the Corner Office: Top Business Leaders Reveal Their Career-Defining Moments. Those featured include the CEOs or former leaders of companies such as United Airlines, ESPN, Enterprise Rent-a-Car and Time, among others. Some of their narratives relate to challenges in making career choices. Others describe situations involving finding new business opportunities, or business partners, or deciding to let go of a project or a job. Not all defining moments have a positive outcome. As Steinbaum notes, “Sometimes our most significant learning experiences come from our failures, not our successes.”

Steinbaum spoke to Knowledge@Wharton about his book, which was released last year. Here’s an edited transcript:

Steinbaum: A career-defining moment is the most important decision that a business leader makes in his lifetime, a decision that defines him as a business person and has the greatest impact on his business life. Sometimes you don’t know it’s your defining moment until you look back over your entire career. At other times you might know it immediately because it’s a result of a crisis or some monumental success.

Knowledge@Wharton: How does a defining moment differ from the countless, very important decisions that a CEO or indeed any business executive may be called upon to make?

Knowledge@Wharton: Could we explore this theme by looking at your own experience? Your defining moment came when you were chairman and CEO of Medicare-Glaser, which is one of the largest retail pharmacy chains in the US. Could you tell us that story?