Twiggy gets relief, but there’s work to do 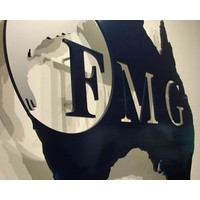 Finally some good news today for Andrew “Twiggy” Forrest, the billionaire miner who has seen his fortune halve in nine months thanks to the tumbling share price of his iron ore miner Fortescue Metals Group.

FMG’s share plunged 14% last week after it was revealed the company had asked its lenders – who are owed $US10 billion – for a year’s worth of relief from its debt covenants. FMG had become in danger of breaching the debt covenants after a sharp drop in the iron ore price, which plunged about 30% in price from mid-last year to about $US90 a tonne earlier this month.

In the last few days the iron ore price has climbed back above the $US100 a tonne mark, thanks in no small part to Federal Reserve chairman Ben Bernanke’s latest round of money printing, announced late last week.

But the best news for Twiggy is that he has managed to get the relief he was seeking from lenders. In a deal announced this morning, FMG says it will be able to refinance all its debt with the assistance of a credit facility of up to $US4.5 billion, fully underwritten by US lending giants Credit Suisse and JP Morgan.

FMG was spinning the “we had this under control all along” line this morning.

“Fortescue had initiated discussions to restructure its bank facilities and remove earnings based covenants well in advance of the next review in December 2012,” the group said.

That gives the company and Forrest crucial breathing room as they attempt to reset the business for an environment where China’s growth will likely be lower, and commodity prices will too.

With the lenders somewhat placated, the question then becomes: What else will Twiggy need to do?

More asset sales look extremely likely. FMG has already sold a power station for $300 million and there have been plenty of suggestions as to what else could be unloaded. One plan had FMG selling its equipment back to Kerry Stokes (in his capacity as the owner of a hire businesses and heavy equipment businesses) and leasing it back.

The company said this morning that it has approaches from potential partners on several assets and it will now look at these – although not necessarily with great urgency.

“Transactions of this nature are not required under Fortescue’s new debt facilities and will only be pursued if they clearly add shareholder value.”

Before the debt deal, most analysts believed an equity raising of some size – figures between $500 million and $2 billion have been bandied about – was necessary. Forrest has been hesitant to raise equity before, as it would dilute his 32% stake in FMG. He may well have to give in, but probably not for a little while – raising equity at a time when the shares have been hammered doesn’t make that much sense and a delay seems reasonable.

The other question I have is how Twiggy approaches the question of his level of involvement in FMG itself.

While this debt deal does resolve some of the uncertainty around FMG’s financing, there is still work to be done reassuring the market about its long-term prospects.

Forrest is undoubtedly the best advocate for the company, the man who can – and has in the past – convince the market that FMG can be a great company.

But in recent years, his battle with the Australian Securities and Investment Commission – which has fought him and FMG all the way to the High Court for allegedly misleading investors back in 2004 – has seen Forrest step away from a public, hands-on role at FMG and concentrate more on his philanthropic issues.

Will FMG’s current issues see him step back in more prominently? Presumably Forrest has been working frantically behind the scenes on this refinancing deal, but a more public sell job could also be warranted.