Two reasons why your company is now in the publishing business 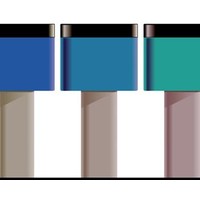 Content marketing might be one of the hot buzz phrases in business circles at the moment but the notion itself – that companies create relevant and interesting content that informs or empowers or entertains their customers – is not new.

Founder of the US-based Content Marketing Institute, Joe Pulizzi, often regales people with the story of John Deere Tractors, which first published a custom magazine for farmers way back in the late 1890s.

Heck, as a very young PR practitioner in the late 1980s, I spent considerable time producing hard-copy newsletters (remember them?) for my clients; several years later, I added video production to my kit bag, albeit they were horrendously expensive to make at the time.

Granted, a good proportion of the content I produced in those days was more about the clients themselves than relevant information for the intended audience, but nonetheless, companies have always created and distributed multimedia content, albeit in ways that were less strategic than today.

So, why all of a sudden is the phrase ‘content marketing’ on everyone’s lips? Why are smart companies becoming bona fide publishers in their own right, with some even employing journalists to seek out and tell stories from within company walls?

There are two core drivers that stand out for me.

More and more as consumers we’re eschewing paid-for advertising in favour of doing our own research via the internet, searching for information on Google and seeking tips and advice from our personal networks via social media.

Not only are we ignoring advertising and corporate spin en masse – indeed, we are openly derisive of it much of the time – we’re more than happy to take in information from credible sources such as internal company experts or external independent authorities, whether it’s in the form of written blog posts, audio or video content, or visual media such as an infographic.

Yes, we also look to traditional media as a source of information, but make no mistake, we’re more than happy to play the content field. Not only has this broadened our view, but it makes one-way advertising and corporate spin look frivolous and seriously lacking in substance.

2.  The barriers to entry no longer exist

The second major shift has been the emergence of new media and social networking technologies that allow anyone – and yes, I mean anyone (with a computer or smartphone device plus internet connection) – to create their own multimedia content and publish it in real-time on the social web.

Not only that, but Google today is ruthlessly efficient at indexing fresh content such as blog posts or YouTube videos; in other words, the content you produce today (often at zero cost) is available for the world to find via Google as good as instantly. This, of course, has levelled the playing field with all the subtlety of a virtual atomic bomb.

The publishing business for companies used to be quite expensive and cumbersome; you’d have to write copy for your corporate magazine or newsletter, get it type-set, have it printed and then distribute the damn thing. This generally took months to do. And worse, most of the time corporate publications were nothing more than chest-beating exercises, just another way in which companies banged on about how great they (thought) they were.

Of course, pump out ‘me-me-me’-type information today and you’ll be totally and utterly ignored, if not lambasted privately (on Facebook) or publicly (on Twitter). The world doesn’t need any more corporate chest-beating adding to the tsunami of ‘white noise’ that washes over us daily.

However, by understanding your audience, by creating useful content specifically for them (and relevant to your business) – just as a real publisher would do – then you’re adding genuine value that will earn the attention (and maybe eventually respect) of potential customers and influencers.

Importantly, you don’t have to simply write articles to put on your website or post to your blog; today it’s ridiculously simple (and free, or ultra-cheap) to create and distribute video via YouTube; producing audio content also gives companies an excellent medium through which to deliver real-time information to customers. And that’s not even taking into account other content marketing tactics such as eBooks, white papers, infographics and webinars!

You just need to know why you’re doing what you’re doing, experiment a bit and measure where needed … oh, and don’t forget to always approach your content marketing and social media efforts with the utmost openness, humility and enthusiasm.

So, in a world where smart companies are grabbing the opportunity to produce content for their customers, adding value to their lives by providing genuine utility without the expectation of anything in return, are you running the risk of being seen as yesterday’s news?