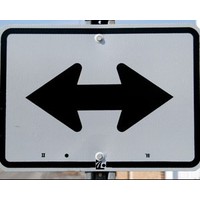 For all those leading companies that have been struggling to keep their hopes up, next month will be the time to convert optimism into orders. This will be the time to activate revised business and marketing plans and get the sales force out to rebuild customer networks and downstream forward orders for the summer season.

As soon as the US debt U-turn is done (after August 2) to move towards a balanced budget and follow Wayne Swan’s approach to limit government expenditure, a spring rally is likely to gain momentum. Everyone is now starting to see the prospects of debt reconstruction in Europe and an Obama/Republican agreement at the expense of the Democrats in the House of Representatives.

In Australia, consumer confidence continues to slide down the back of the Loch Ness Monster. The national electorate is still factoring in that carbon tax and the instability expected with the prospect of a change in government at any moment following Kevin Rudd’s trip into the operating theatre.

Gary Morgan reports: “Roy Morgan Consumer Confidence has fallen 2.5 points to 108.0 in the week after Prime Minister Julia Gillard announced the details of the government’s proposed carbon tax. Falling most heavily this week was confidence about personal financial situations; now only 24% (down 4%) of Australians say their family is ‘better off’ financially than a year ago, possibly reflecting the drop off in the Roy Morgan hours worked per month index, down more than 9% since peaking in the second-half of 2010. Also falling are expectations of financial situations in a year’s time, with only 31% (down 5%) of Australians expecting to be ‘better off’ financially this time next year.

This means that the last quarter’s sales need to be seen in the context of the relentless talking down of the economy. Next month will see a growing sense of optimism by conservative voters and those who believe that they are going to be the victims of that carbon tax.

There are growing pressures on Tony Abbott to make an urgent turn around and start rebuilding the consumer confidence of his supporters rather than trying to crash the confidence of Labor and Green voters.

As they come to believe that the “Tony for PM with a positive message” campaign by Reith and Stockdale has potential, cashed up customers will be heading for the Christmas sales. As soon as LNP voters really believe that Julia is going, there will be a surge in retail and business confidence, and a reduction in mortgage stress fears that are emerging in suburbs that still believe they will miss out in compensation packages.

The signs to track for smart companies to confirm a U-turn in consumer confidence will be a rise in the equities markets, a fall in gold and oil prices, a rise in forward orders for the New Year sales and a positive outlook from bank lending officers.

The last quarter of this year should see this combination of market impacts provide good reasons to get our best sales staff building a base for a great New Year.