Unskilled and unaware: Finding a cure for overconfidence 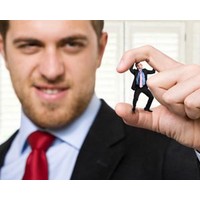 Imagine an ambitious, young academic, fresh out of a PhD program and aiming for the stars. They truly believe they are bound for Nobel glory. When their first research paper is rejected by a popular journal they are shocked. When their next paper is rejected they are upset. The third time they are only mildly surprised. Five papers and five rejections later, they have learnt their place in the bigger scheme of things. Their expectations are adjusted. They have been calibrated.

Calibration is the way of the world, says Andreas Ortmann, a professor of experimental and behavioural economics at the Australian School of Business. Everybody needs time in a new situation to calibrate themselves, to learn their place. But how long the process takes, and how accurate the final calibration is, depends very much on the person’s competence in the specific field.

“We conducted a field experiment, which was complemented by a lab study, with a large group of new university students,” Ortmann says. “They had all been in the top 10% of their previous schools and when they arrived many of them had trouble letting go of the idea that they still were at the top of their class at the university.

“But of course they couldn’t all be the best. What we found was that within eight weeks the new students, most of whom had originally over-estimated their talents, learnt where they stood. But the people at the very bottom of the talent pool did not adjust quite as well. They still saw themselves as better than they really were.”

As previous research projects had also found, the least competent people in a group tend to exhibit the least self-awareness. They over-estimate their talents and fail to clearly recognise their weaknesses. Academics have called this group the “unskilled and unaware”.

The insight raises interesting questions about the strengths and weaknesses of business managers. It also emphasises the importance of regular feedback. Do unskilled managers, for instance, fail to recognise their own weaknesses and therefore not fill their skills gaps by employing specific staff members? Certainly there’s anecdotal evidence of overconfident managers surrounding themselves with “yes men” who are disinclined to question decisions and strategies, much less tell their boss that he or she is wrong.

And is a new manager within an organisation, who has not yet learnt their place in the bigger business, potentially disruptive or inclined to take reckless risks? Are organisations with continuous and thorough feedback mechanisms more likely to boast a workforce that is well calibrated?

“If you believe calibration is a good thing and that it’s good for people to know where they stand – after all, if you’re over-confident then you have less incentive to learn – and if you want people to learn more and understand where their weaknesses are, then that requires feedback,” Ortmann says.

Ortmann doesn’t wish to develop precepts or invent advice for business managers, but he does suggest that his work can reflect on performance in the business world. Most of all, it shines a bright light on the vital importance of feedback in the development of well-balanced and self-aware staff. But what sort of feedback works?

Stephanie Christopher, Australia and New Zealand managing director of talent measurement company SHL, has experience in identifying and dealing with the business effects and staff issues caused by managers who are unable to recognise their weaknesses. She says that when her organisation works with a business on an insight program – a project that involves senior managers receiving detailed feedback about their performance – there can be a range of personal responses.

“There is sometimes difficulty in a session with an executive who doesn’t see the issues,” Christopher says. “But where it becomes less difficult is if you begin to look at the person’s motivation. What is it that gets them out of bed in the morning? And what makes them behave the way they do?

“A very common example in a male executive is a fear of failure; that’s one of the things that is likely to drive their behaviour. It causes them to do things that feel as if they will help avoid failure. Perhaps they make quick decisions without evaluating data and without consulting colleagues because they believe that making a quick decision on their own will somehow help everything move along. Of course, this can result in very poor performance because bad decision quality is a real risk to an organisation.”

According to Christopher, the best way to offer solid feedback is to begin with a motivation assessment. Then look at the feedback coming from their team or from the business. When the manager is told they are not consulting, that their decision-making is poor and that they don’t communicate well, the insight into why they behave that way and the identification of the root problem can be of great help in coaching them to change their behaviour.

“Poor managers can very much damage teams and performance,” Christopher says. “All of the research shows that a poor performer in frontline management is going to have a poor performing team. If they’re at a senior level then they will have a broad organisational impact. It can lead to systemic organisational issues such as lack of engagement, absenteeism and churn because there is not a clear link between strategy and its implementation for the business.”

The perfect feedback for a manager depends on their level of seniority, Christopher says. Training, while appropriate if it is targeted, will add little value to the organisation or the individual if it’s a one-size-fits-all solution. One size never fits all in the world of business.

“Something appropriate to a frontline manager might be completely the wrong kind of skills set as you’re further up the line,” she says. “So we look to the coaching of individuals. And rather than doing training on leadership it would be coaching and training on what is the specific issue for that individual.

“Generally the feedback would be a mix of current performance as well as potential. Current performance might come from things like KPIs, sales results, business unit results plus the behaviour the individual demonstrates when doing their job, which comes from 360-degree reviews. Potential is about looking at how far could you go, what is your preferred way of working. That is where you look at personality and motivation.”

Recognising strengths and weaknesses, within yourself and within members of your team, is everything in management performance, Christopher says. Research by SHL indicates the alarming fact that only one in 15 managers globally have the potential to be a well-rounded manager.

“So organisations really have to understand the strengths of their leadership team,” Christopher says. “It’s not just about the individual, it’s also about the organisation always looking carefully at their people. In order to be great managers and leaders they must be a combination of transformational and transactional. This will always take a good level of coaching and attention if you want to get it right.”