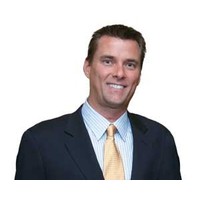 For a lot of companies, the focus of their social media efforts is on marketing and customer feedback. But for American nutrition supplement manufacturer USANA Health services, it serves another purpose.

USANA’s CEO, David Wentz, tweets, blogs and makes videos. He’s joined in this output by many of his management team. And unlike most companies, it isn’t targeted at customers, but at USANA’s 1240 employees.

Most (53%) of USANA’s net sales are in Asia, despite its corporate headquarters being in Salt Lake City in the US.

Wentz says keeping everyone clear about the business goals is his greatest leadership challenge, especially as USANA starts to refocus its business on individual, targeted supplements.

“We should be getting away from the idea of ‘This [supplement] is for men over 50’. We can get into lifestyles, diets, stresses, and make sure the product fits,” he says. “We have the technology and products to be far more personalised than we’ve been in the past.”

Wentz says keeping staff in the company’s offices in China and Hong Kong selling the same message as those in New Zealand and Mexico is difficult. “People are excited about things and they want to go in different directions. My job as a leader is to keep them on the one path.”

Sometimes, this needs long discussions. Wentz has a collegial leadership style, and says the key to convincing people to embrace the changes he wants is to talk to them. “If you don’t have good enough points, it probably wasn’t a good change,” he says. “You need to practise your promotion of your change on your team.”

Wentz says good change is hard to argue against and is vital to survival. “Companies that don’t change die, so you need to present it and show how it benefits your organisation.”

Wentz prefers to discuss and debate things as much as possible, but when consensus can’t be reached, he makes the final decision.

USANA relies on local management to operate in Asia. In day-to-day operations, the American senior management adopts a hands-off approach.

“There’s different styles and a different way of thinking,” says Wentz. “You’ve got to have a strong bilingual person, who’s got to run that market pretty much on their own.”

This makes communication critical to keeping everyone on track.

“We’re using every means we can to communicate. We even purchased a studio so we do more video production.”

It isn’t all online. LeadingCompany spoke to Wentz while he was in Australia for the Asia-Pacific USANA conference. It is one of several roving annual conferences which involve USANA’s senior management flying across the globe to engage its staff across 15 bases of operation.

Does all this communicating leave any time for managing?

“It is time-consuming,” Wentz admits. To save some time, he repackages messages in multiple media.

Wentz thinks it’s worth it.

“We’re trying to reach people who don’t see us except for once a year at a meeting. They’re isolated. If we’re not communicating with them, we can lose them.”