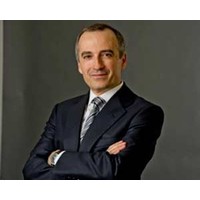 “This is simply another step, with more steps to come,” Borghetti said, “but it is a step that gives us scale.”

In fact it was several big steps up in scale in what Borghetti described as the mid-point of his five-year plan for Virgin Australia.

When all the approvals are in place between mid-November and early March, Virgin Australia will not just have a second brand low-cost carrier in Tiger to take on Qantas’s Jetstar brand, but will have taken over and ‘Virginised’ all of the operations of Perth-based Skywest, radically lifting its participation in mining industry fly-in/fly-out charters and regional aviation, and gaining a mixed fleet of A320s and Fokker F100 jets as well as assorted turbo-props.

Borghetti said: “We will be sustainably competitive in scale in all sectors of the market from full service to low cost, and we will have the support of strong shareholders.”

The deals for control of Tiger, which will continue as a strictly separate low-cost brand, and Skywest are funded from the $105 million sale of 10% of equity in Virgin Australia Holdings to Singapore Airlines, which was also announced this morning.

Borghetti told analysts the deals announced were cash-flow neutral because of the equity sale to Singapore Airlines, which will join Etihad (10%), Air New Zealand (20%) and Richard Branson’s private company, Virgin Holdings (26%) on its register.