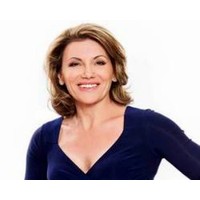 In the early 1990s, Maxine Horne had recently arrived in Australia from the UK.

Everyone there was selling mobile phones in malls, but in Australia, the market was dominated by the carriers, who sold extremely expensive phones along with their plans to enterprise customers.

Horne thought this would soon change. And she wanted in on the opportunity.

In 1995, she set up Fone Zone, which was among the first mobile phone retailers in Australia. Few expected she would succeed. But today Fone Zone’s parent company, Vita Group, is an ASX-listed company which last month doubled its yearly profits to a record $6.2 million. The company’s share price has risen from below 40 cents to above 65 cents in the past year.

Horne is on the Rich List (she was among Queensland’s wealthiest with $58 million in assets, according to the Courier Mail), and is still leading the company she founded with her husband all those years ago.

Horne spoke to SmartCompany about the company’s latest result, and what she’s learned in 18 years of leading the business.

When I moved over here, I’d sold everything and cashed up. So I had already taken a risk. What stops people a lot of the time is the risk. I didn’t have children then, so there were a whole heap of pluses when it came to taking the risk for me. Fortunately, it was a growing industry.

My biggest break was probably my naiveté. I had a lot of people telling me that no one buys mobile phones from shopping malls. My response was, ‘that’s because they can’t’. I had an attitude that there’s always a way.

It’s interesting to see the cycles now, with technology. It’s moving back into the service arena, where people want ongoing service. So much of what we do now is educating customers around how to get value out of their gadgets.

My biggest business challenge was the global financial crisis. It came along, and our initial response was to cut costs. Which every business did. And I would probably still say it was the right thing.

But I learned that it wasn’t worth cutting costs on the people in the organisation. We do a lot of training, and we put a lot of effort into encouraging our team members to socialise. In the financial crisis, we cut all of those. In hindsight, I think that was a big mistake.

I’m not in the stores day-in, day-out. I have to harness an engaged team who is empowered to make decisions, and who loves coming into work. So it was a mistake to risk that.

Initially, we didn’t have high turnover, because the crisis made people worried about keeping their job. But once things got better, our turnover did go up. There was lower morale, lower service. We analysed why, and it was the simple things that had made the difference. So we reinvested in our people.

The most important thing in any organisation is your people. Having engaged people who take on accountability and really believe in where they’re taking the business is what makes it successful.

We constantly look overseas at what’s going in in our marketplace from retail and telecommunications perspective. Australia tends to follow European and US trends pretty closely. About four years ago, in 2008, we identified that the major telecommunication companies wanted to own the customer relationship through branded distribution channels. We owned and operated five Telstra license stores. We knew the metrics – we know how to make it work.

So we approached Telstra to suggest we were the best retailers to manage its stores. Today, there are 360 Telstra stores. Telstra owns 220. We own 85, and have a license for 100. We spent three-and-a-half years rolling out 85 stores. Our record profits are based on that.

Our next focus is Next Byte. Our Next Byte stores are going through a transformation so they look and feel exactly like Apple stores. We’re doing that in collaboration with Apple – we’ll be their stores in areas where they don’t have an Apple corporate store.

Close to half – 47% – of our stores are less than two years old. So we’re also going to be going through a significant period of optimisation.

This piece first appeared at SmartCompany.