Voluntary administration: The kiss of death? 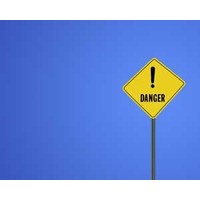 High-profile companies put into voluntary administration this year include confectionary maker Darrell Lea and technical services company Hastie Group.  Darrell Lea has since been sold to the Quinn family in Queensland, which built its wealth on the back of VIP pet foods. The new owners plan to restructure the business. But Hastie Group creditors have been told they’re unlikely to get much of their money back, and the company faces being liquidated.

Insolvency specialists say what’s happening to Hastie Group is the more likely scenario now for companies in administration. No one is buying anymore.

The voluntary administration regime was set up nearly 20 years ago to give troubled companies breathing space to trade their way back into business. Now it seems to have become a detour to liquidation; a kiss of death.

Administrators are accountants, not businesspeople. Lindsay Aitken, a former insolvency specialist, says administrators simply don’t know how to run a business. “That’s not being unfair to administrators – it’s just life. We have seen what lawyers are like trying to run the country.”

Voluntary administrations were introduced in 1993 following the Harmer Report as a corporate law reform. The concept of voluntary administration is a halfway house between solvency and insolvency. The aim of the changes when they were introduced was to allow a company limited protection from creditors and give it the tools to try and trade its way out of trouble. The rules, in effect, were a version of Chapter 11 bankruptcy protection in the United States. The Australian system is similar to the British system of court-appointed administrators with one big advantage: directors need not go to court to appoint an administrator. The voluntary administration system was set up to maximise the survival prospects of a troubled company by giving administrators the power to find investors or a buyer.

The problem is it’s happening less. Customers and suppliers become wary of companies in voluntary administration. There are fewer buyers, with the economic uncertainty, and then there are the costs, which are at a standard rate of about $500 per hour per administrator. The administrator brings in a team which could cost the troubled company hundreds of thousands of dollars a month.

Figures from the Australian Securities and Investments Commission show that the number of Australian companies entering into external administration fell slightly in the last quarter against a backdrop of relatively high appointments overall. But significantly, director-initiated creditor voluntary liquidations increased by 16.8% from the previous quarter.