Warning to corporations: Use it or lose it 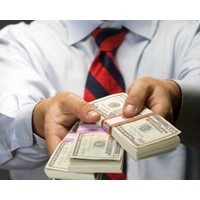 For 30 years Western corporations have operated in an increasingly benign political and regulatory environment. This has notably included favourable corporate taxation policies, often inspired by regional and national competition for investment. It’s easy to assume that such conditions are immutable and permanent, so deeply have orthodoxies on taxation become rooted in most Western political systems.

Yet it would be a mistake to take them for granted as Western economies move through the uncharted territory of the Great Recession and its aftermath. Consider the recent widespread (and continuing) adoption of monetary policies that, even as late as 2007, would have been almost unthinkable. Will fiscal policies prove any less fluid given that:

< The levels of cash Western corporations currently sit on are clearly excessive – as a proportion of total assets, possibly as high as or higher than any since the mid-1950s?

< Many governments are under growing pressure to reduce leverage aggressively in light of high debt and deficits – and the process of deciding whose debt gets written off and who pays has become about the most politically raw experience short of war?

< Government is “back in the game” globally, especially with regard to capital allocation and job creation?

< The popular mood in many countries, represented at the extreme by the Occupy Wall Street movement, is less sympathetic to the corporate sector?

Against this backdrop, meaningful changes in the relationship and implicit contract between governments and enterprise seem inevitable.

Of course, corporate tax reform is complex (and politically charged) territory. And even in the midst of current sovereign account difficulties, some pro-growth arguments call for reductions rather than increases in corporate taxes.

But stronger political winds blow in the other direction. Corporations’ cash reserves will pose an irresistible temptation to governments, which will want to avoid unpopular hikes in personal taxes and cuts in public services. And governments are far more artful than their detractors like to imagine – with a long history of carefully and gradually evolving their policies to address changing circumstances and needs, particularly when it comes to raising revenue.

It’s not hard to visualise how this game might unfold. The first moves are likely to be more carrot than stick – starting with increased incentives to invest. Don’t be surprised to see such moves reinforced with attempts to encourage the repatriation of cash assets currently held overseas – along with the selective use of “tax holidays” for moneys that are productively invested, especially in employment-generating activities.

And if history is any guide, the next step governments take will be to target and extract revenue from vulnerable and unpopular sectors, rather than be seen as acting punitively against the entire world of business. The device they’re likely to turn to is one they’ve used commonly in the past: taxation on “windfall profits”.

Such measures are strong possibilities over the next several years of low growth and structural budget deficits. But whether a more draconian across-the-board increase in corporate taxation occurs will depend heavily on the behaviour of the corporate sector itself.

The ratio of corporate investment to gross domestic product in Western economies today is very close to a 60-year low. Many corporations regard opportunities in emerging markets as more attractive than investment options closer to home.

But how sustainable is the picture this presents – one of cash-rich corporations failing to do their bit to promote growth, employment and prosperity in their debt-ridden domestic economies and favoring foreign investments and retained earnings?

In such circumstances, why wouldn’t Western governments increase taxes? And, frankly, why would we in the corporate world deserve anything else?

Eamonn Kelly is a partner at Monitor, a past president of Global Business Network and the author of `Powerful Times: Rising to the Challenge of Our Uncertain World.’