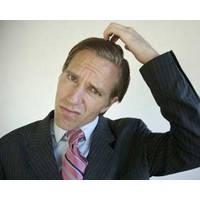 It’s a situation no company director wants to be in.

In June 2011, Federal Court judge John Middleton ruled that the directors of property group Centro had signed off on company accounts they shouldn’t have. In those accounts, short-term liabilities worth $1.5 billion were wrongly classed as non-current, while the accounts failed to disclose $US1.75 billion in guarantees to an associated company.

The charges were technical, but Middleton made the point that it was the responsibility of the directors to spot and query the omissions. Centro’s chief executive, Andrew Scott, was fined $30,000 and chief financial officer Romano Nenna received a two-year ban from running a corporation. The eight directors ultimately escaped penalty.

Nonetheless, they were flagged by the Australian Securities and Investment Commission, and had to endure a difficult court case, tarnishing their professional reputations.

Most directors could be caught out in the same way, according to a new survey of the financial literacy of company directors, released today.

“Almost universally, those surveyed saw the financial literacy of directors as an area of concern,” says Kevin Lewis a member of the government’s Financial Reporting Council Board Education Task Force, established 12 months ago.

Taskforce members noted a lack of empirical data about the financial literacy of directors.

To fix the problem, they surveyed 210 directors and 175 accountants in corporations in April and May. What they found was alarming: only 14% of directors thought their peers had a good or higher understanding of general accounting standards. And nearly half rated their own understanding of foreign exchange and asset valuation as fair to poor (the bottom two rungs of the choices).

Financial professionals who regularly deal with boards were even tougher: they rated directors more poorly than directors rated themselves.

There was a perceived higher base level of financial literacy in ASX200 companies than in the broader ASX, the accountants surveyed said.

There are some reasons for this.

Boards have, for various reasons, been called to understand far more complex accounts than ever before, Lewis says.

“Business these days is just so much more complex than it used to be. The tax system is more complex. Companies are more likely to operate across different geographies. Many financial companies rely on complex financial engineering. All this comes back to more complex accounting.

“What this calls into question is the practical fact that directors have to rely on the experts: the internal and external auditors and the accountants. In a large company, directors can’t be across every single transaction.”