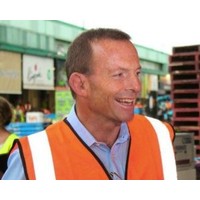 It’s a claim he made good on when revealing his industrial relations policy last week. On the key issues of concern to business groups, the policy makes few changes from the status quo.

This means regardless of which party wins the upcoming federal election, the proposed policies on industrial relations fall short of what Australia’s leading business groups want to see in the area.

At a roundtable hosted by The Australian Financial Review, the leaders of Australia’s four peak business groups outlined what they would like to see in an industrial relations policy.

“By proceeding slowly and cautiously, we’re still coming to terms with the fundamental changes that … are putting a real handbrake on adjusting to the sort of circumstances that we’ve had,” Business Council of Australia chief Jennifer Westacott said.

Plenty of Australian businesses want to see reform of Australia’s penalty rates system, under which shift workers are paid more for working on weekends or after 5pm, despite many businesses increasingly being open for far longer hours to cater to consumer demand. Speaking at the roundtable, Westacott said it was an issue which “we can’t put off” forever.

But on penalty rates, neither party offers a change from the status quo.

The main way employers can currently get around penalty rates is by signing individual flexibility agreements with their staff members. These agreements are subject to the requirement that they don’t make the employee in question worse off overall.

Currently, these agreements can be terminated by either party after 28 days, forcing the relationship between employer and employee to revert back to that described by the relevant enterprise agreement.

The Coalition proposes to extend the period for which such agreements cannot be terminated from 28 days to 90 days. This is in line with what the Fair Work Commission currently requires of award agreements.

This is the only policy difference between the Coalition and Labor that could affect penalty rates, and even then, it’s a very modest difference.

“In relation to the substance of what’s happening with penalty rates, as far as I can see, there is no difference between the positions of the parties,” says industrial relations lawyer Peter Vitale.

Perhaps the biggest difference between the Fair Work Act and the previous industrial relations framework, WorkChoices, was around unfair dismissal.

Under the Fair Work Act, these exceptions were wound back. There is currently an exception exempting employers with fewer than 15 workers from some aspects of unfair dismissal, but all businesses, no matter how small, must give employees a warning and opportunity to respond before terminating them, and comply with the unfair dismissal code.

“Unfair dismissal is a big area for businesses,” Vitale says. “However, neither party proposes a change in this area from the status quo.”

In their response to the Coalition’s release of its industrial relations policy, the Australian Industry Group raised concerns about the “extremely generous” paid parental leave scheme proposed by the Coalition, which would see the largest 3000 businesses in Australia pay an extra 1.5% tax on their profits to fund the scheme, which would pay women on maternity leave full pay of up to $75,000 for up to six months.

This contrasts with Labor’s policy, which provides for 18 weeks’ government-funded maternity leave at minimum wage, and is paid for from general tax revenue and not from a specific levy on big businesses.

Perhaps the only area in which business groups have something to cheer regards the power of unions in the workplace.

The Coalition plans to rule out right of entry into workplaces for unions and require unions to bargain on ‘good faith’.

It plans to reinstate the controversial building industry union regulator, the Australian Building and Construction Commission. Also of importance to the construction industry, if an employer can’t strike a deal with unions after three months of negotiations for major “greenfield” (i.e. new) resource projects can bypass the union and get approval from the Fair Work Commission directly.

The Coalition policy proposes to initiate tougher penalties for ‘registered organisations’, which are to include unions.

“A Coalition Government will ensure that registered organisations and their officials play by the same rules as companies and their directors, with the same penalties,” the Coalition’s policy states.

Referencing the Australian Workers Union saga, the policy continues: “This will ensure that members’ money cannot be spent on prostitutes, used for personal holidays, or withdrawn from ATMs to be spent on personal items.”

These changes “are most welcome and should be supported by all sides of politics,” Australian Industry Group chief Innes Willox said in a statement.

Labor proposes no laws limiting union power in the workplace going into the election.

The Coalition leaves the door open for more changes

Vitale says the most significant difference between the two parties on industrial relations is the Coalition’s commitment to have the Productivity Commission review the Fair Work Act.

“It seems to me that, as a matter of strategy, the Coalition has really tried to focus the minds of the electorate on the behaviour of unions, and union officials, and to draw away from any debate about people’s terms and conditions of employment.

“One would assume these recommendations would form the basis of the Coalition’s policy at the [2016] election. But what they’re saying is, any changes are going to be based on a rigorous, independent review.”

Such a review would contrast with review completed last year, which was given “very specific terms of reference” and “didn’t have a broad remit to examine the act,” Vitale says.

The 2012 review was conducted by three independent panel members, and was allowed to examine only whether the Fair Work Act was operating as intended.