What changing expectations about fatherhood mean for your business 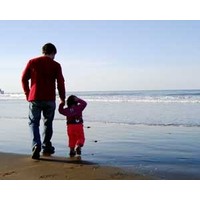 Fathers are increasingly saying they are dissatisfied with the minimal role they have in caring for their children, and opting for employers who can better accommodate their preferences as a result.

After Boston College’s Center for Work and Family completed a study looking into how involved fathers were in the care of their children, it was commissioned by Converge International, a not-for-profit employee assistance provider, to complete the same study in Australia.

The researchers interviewed 784 Australian fathers across a range of occupations.

Most (65%) said both parents should provide equal care for their children, but only 34% said this was actually the case in their household.

This was the case even when their children were born. One in five (19%) took no time off after the birth of their most recent child – a slightly higher figure than in the United States, where the study was previously carried out.

“People are not born with the gene that teaches them all they need to know to be effective parents – neither women nor men,” the study said.

“Fathers need time to develop parenting skills, but they are not taking sufficient time off when their children are born to do this… If men are not afforded the opportunity to take the time early on to become intimately involved in caregiving for their new children, then they may never feel completely comfortable or competent in doing so.”

Dr Lindsay McMillan, the CEO of Converge International, says this is far from ideal, particularly for those born after 1980 (Generation X).

“I think for the baby boomers, work was more important and gender roles were more defined. Mum was at home with the children.”

“But now that’s changed dramatically. Both mothers and fathers work, reinforcing the fact that the community needs to support fathers in taking on a larger nurturing role.”

The Boston College study follows another one released by Diversity Council Australia, which found 64% of men had a partner in paid work, and 31% had responsibilities for elderly parents.

The Diversity Council, created in conjunction with Westpac, Origin Energy and Stockland, found workplace flexibility is a key factor in employment decisions, with 18% saying they had seriously considered leaving an organisation because of a lack of flexibility. This grew to 37% and 29% among young fathers and men under 35 years of age without caring responsibilities.

McMillan says the uncertain economic environment could make it difficult for men to approach their organisations about flexible work arrangement.

“Men want to do right thing by their employer. But if your child is ill and you need to go to the doctor, you need to manipulate and manoeuver around obligations as a father and as an employee. That’s difficult in the context.”

For tips on how to ensure you remain an employer of choice, check out our ebook, ‘10 ways to drive flexibility in your workforce’.