What is work worth? A systematic approach to pay 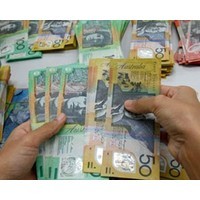 Are CEOs worth their massive remuneration packages, or is there too much cash in the corner office?

Executive pay has been in the spotlight in recent weeks amid a lacklustre reporting season for some of Australia’s biggest companies. Beleaguered Qantas chief Alan Joyce chose to forgo his bonuses after the company’s first annual loss since 1995; ANZ has extended its executive pay freeze for 900 of its senior executives in anticipation of subdued lending growth in 2013-14.

In contrast, there seemed to be little contrition from the Commonwealth Bank, where former CEO Sir Ralph Norris is evidently owed $9.6 million in salary and potential bonuses for the final five months of his tenure. This means that, during this period, he was earning about $64,000 a day – more than many of his bank employees would earn in an entire year.

What is job evaluation?

Job evaluation (JE) is an analytical, systematic and methodical approach to remuneration. JE is based on the work content of the job, its complexity and challenges, as well as the knowledge, skills, experience, training, qualifications and interpersonal skills required to do the job.

A job evaluation system’s explicit purpose is classification and grading of positions – that is, work – not employees. This typically takes place before recruitment and selection of employees, in order to establish at which level a job is to be situated in the organisation.