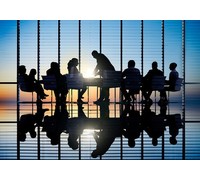 Wall Street analysts’ recommendations can move markets. But even though leaders of public companies spend significant amounts of time interacting with this constituency, there’s little information about how analysts arrive at their recommendations. What factors most influence their thinking?

We set out to answer that question through a global study of analyst forecasts and stock performance over two consecutive years in the mid-2000s. We surveyed nearly 1,000 analysts in Asia, Europe, Latin America and the US, asking them to rate almost 1,000 large companies on 12 factors, using a scale of 1 to 5, and to forecast revenue growth, earnings growth and gross margin on the basis of those ratings. We also estimated how important each factor was to their ultimate recommendations.

The strongest determinant of a buy or sell recommendation, we learned, is projected industry growth, followed by the quality of the top management team. Analysts in different regions often weighed factors quite differently, though.

Some of the factors that affect analysts’ views lie beyond a company’s or an executive’s power – a manager has little sway over industry growth, for example. But many are well within executive control. For instance, it’s the job of the CEO and the management team to communicate the team’s strengths to the market.

Leaders can use this research to shape what they emphasise in managing their companies and when sharing information about them with the outsiders who drive market cap. The rewards, though also variable by region, can be significant.

Boris Groysberg, Paul Healy and George Serafeim are on the faculty, and Nitin Nohria is the dean, of Harvard Business School.