What’s going on with group buying in Australia? 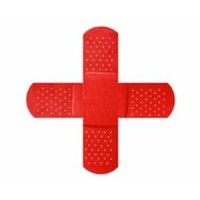 Group buying may not be dying, but it’s certainly sick.

In the two-and-a-half years since the industry hit Aussie shores, there’s been a dramatic swing in its success. A year ago, there were 100 players, including major names like Scoopon, Groupon, Spreets, Cudo and LivingSocial. Today there are about 40.

Fewer than 10 control the majority of the $500 million market. Revenue growth declined most of this year and has been flat in the last quarter. Smaller companies have fallen away, either through low sales or, in the case of disappearing company SoSharp, financial turmoil.

The pain isn’t limited to smaller players. Earlier this year, Yahoo! said it would stop handing over performance payments to its subsidiary Spreets, and Cudo chief executive Billy Tucker recently said he left the industry at a “good time”.

Insiders question the industry’s profitability and revenue forecasts. “What’s happening with some of these businesses and their spending is just not sustainable,” says Billy Tucker. “Something has to change.”

Industry consolidation has continued due to fatigued merchants, consumers and overly ambitious marketing budgets. Many companies are not profitable. There’s also in-fighting – international companies accuse media-owned businesses of going down the tubes, and vice versa.

But still, analysts believe existing players are in a good position.

“And there are plenty of opportunities for the existing businesses.”

Groupon has lost 80% of its value since its initial public offering last year. Accounting problems aside, things are also pretty bad in Europe, where sales are slow.

But the Australian fallout is not the result of an international trend – this is a domestic problem. And not all of what’s about to be described can be attributed to any sort of executive failure. These are industry trends affecting some of the biggest companies in the country.

> Last year, there were 100 group-buying companies. Now there are less than 40.

> The industry is worth $500 million and continues to grow but most of those 100 group-buying companies were producing no substantial revenue.

> Yahoo said earlier this year it would stop giving performance payments to Spreets. A source told The Australian Financial Review the “gloss has worn off the space”. Industry sources have told Private Media that Spreets is in trouble.

> In June, it emerged Spreets founders Dean McEvoy and Justus Hammer had moved on to other ventures. Yahoo! said the move was “part of a planned management transition”.