When does performance management become bullying? 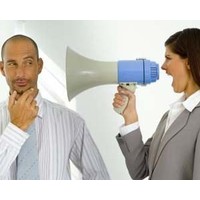 Bullying is in the eye of the beholder, at least for the time being, in this country. There is no national definition of bullying or non-sexual harassment behaviour in law at present.

Now it appears there is an emerging disparity between the way leaders see bullying and the way their employees see it.

More companies than ever have a bullying policy (87% today compared to 79% in 2006), but these policies appear to have little impact on the floor.

Employees report absolutely no change in the incidence of bullying.

Over the past six years of the survey, the percentage of employees who have observed incidents of bullying has remained static at 33% or 34%, the number of victims at about 15% (19% in 2006) and the number who were being bullied at the time of the survey steady at 4% (this year) or 5% in 2006.

This year’s survey, which closed on September 30, had 4077 respondents, comprising 264 leaders, 448 managers and 3365 employees. LMA has conducted the Leadership, Employment and Direction (LEAD) survey of workplace trends for the past 12 years.

LMA’s CEO, Andrew Henderson, believes there is a lack of managerial commitment to the issue.

“There are more organisations today with a bullying management policy than six years ago, yet there is no apparent reduction in the incidence of bullying over that time which suggests managers and leaders are not policing the policies,” said Henderson.

Looking behind the numbers

Complaints about workplace bullying are on the increase, according to Kathryn Dent, a director of workplace law practice, People + Culture Strategies. “We are seeing that an increasing number of our clients are subject to receiving complaints, which leads to an investigation,” says Dent. She says the survey findings surprise her. “The leaders and managers we are seeing are taking it seriously.”

Workplace consultant, Leanne Faraday-Brash, says the economic climate may be silencing employees, except under the anonymity of a survey. “We have experienced a profound rupture in economic certainty. Employees may be frightened to speak up to managers now for fear of recrimination, or losing their job. Rather than stick up for themselves, they may feel more of a pressure to comply rather than to ask questions.”