When social media spins out of control 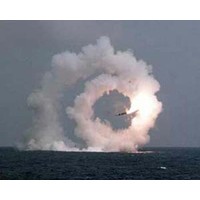 The shifting landscape of social media is new and difficult terrain for business players to navigate. There’s so much grey area, with lots of risk and few precedents to follow. Indisputably, social media is making customers more powerful. And controversial action by regulators on major brands, including Smirnoff and Fosters, means this area is getting tougher – legally and financially.

Marketers are in a spin following the Advertising Standards Board (ASB) ruling that brands are responsible for user comments posted on their Facebook pages, and an Australian Competition and Consumer Commission (ACCC) warning that court action can result for larger organisations if inappropriate material is not removed quickly. What do the rulings mean for the future? To what extent can companies control what customers and advertisers say on their Facebook pages or on other social media?

The ASB determination “may be a little bit of a knee-jerk reaction”, according to Iain McDonald, chairman of the Communications Council’s Digital Committee. “I don’t necessarily agree with [it],” he says, adding that companies should self-regulate – instead of having to follow rules.

“The idea that a person’s post on a Facebook page can represent an advertisement when it’s in the context of a brand page does not really make any sense to me. I think it may be making too much of an assumption that consumers think that other consumers’ comments are always true, which is not the case,” says McDonald.

“I think what’s happened is that the conversation about social media has left the marketing department and made its way up into senior management,” Griffin says. “I also think the outrage that some organisations have shown in asking how they are going to manage and properly resource these new requirements to moderate and read all the comments suggests that they have not been doing that in the first place.”

Griffin notes that because social media accelerated so quickly, the law and other regulatory authorities have been slow to provide guidance. “They have certainly caught up now,” he adds.

Business may need to spend more on monitoring and updating social media channels, suggests Griffin. But the cost can be prohibitive, particularly for corporates. Telstra employs 60 staff on its social media team and the Commonwealth Bank of Australia had more than 100,000 Facebook likes early in 2012.

Management of social media campaigns can be complex and may need to be outsourced, says Griffin. “What we are starting to suggest to organisations is that they consider a social media audit as part of their internal audit process. Part of that is formulating a social media crisis plan for when things go wrong.”

Such an audit costs between A$15,000 and A$30,000 at Griffin’s social media monitoring company, SR7, and takes a holistic look at the use of social media by the whole organisation. Monthly management fees cost from A$2,000 upwards. “An audit is actually very smart and some of the leading companies we are working with have adopted that approach, which has put them in good stead,” Griffin says.

The ASB ruled in August that social media is an advertising platform under the Advertising Code of Ethics and that the Facebook site of a company is “a marketing communication tool over which the advertiser has a reasonable degree of control”. The ruling was in response to complaints about comments on Diageo’s Smirnoff Vodka page and Fosters’ VB page. The board found the Smirnoff complaints were not justified, but that the VB page comments breached the alcohol industry code by encouraging excessive drinking and insulting gay people and women.