When values collide, consumers speak with their wallets 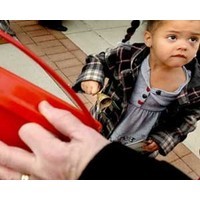 A high-level executive of a fast food company openly discusses his disapproval of gay marriage in two interviews. The comments spark protests at the company’s stores and weeks of negative reaction on cable news shows and in the blogosphere.

A mid-level manager of a well-known charity makes comments in an Australian newspaper about his organisation’s interpretation of biblical views on homosexuality. A politically liberal blog urges a boycott of the charity’s holiday giving campaign on the grounds that the group discriminates against gays and lesbians.

In both cases – the first involving US restaurant chain Chick-fil-A, the second the Salvation Army – the actions of an individual voicing their own opinions, not the views of the company, led to consumer retribution and the potential loss of income to the organisation, either through a short-term drop in customers or the loss of long-term donors. In neither case were the comments directly associated with the company’s core mission, but such distinctions are becoming meaningless when amplified by social media, experts say.

The rubric used by the public when judging these incidents, they add, isn’t the same for non-profit organisations as it is when it comes to for-profit companies. Charities are held to a higher standard regarding the words and actions of staff members, even if those words and actions aren’t directly related to its mission. The off-the-cuff remarks of an employee half a world away can have long-lasting reverberations on the success of a charity – and those kinds of public opinion quakes are hard to shake off.

“People like feeling confident that their giving is making the kind of difference they want to make,” says Katherina Rosqueta, executive director of the Center for High Impact Philanthropy at the University of Pennsylvania. “Philanthropy is an expression of deeply held values consistent with what a donor believes. Any time they learn an organisation they supported is not being consistent – either with the reason they supported them in the first place or their own beliefs – that can cause the organisation to potentially lose the donor’s support.”

The two incidents referenced above are, by now, familiar to many.

In June and July, Chick-fil-A COO Dan Cathy gave separate interviews to Christian media outlets in which he affirmed his opposition to gay marriage. In one interview, held on The Ken Coleman Show, he said: “As it relates to society in general, I think we are inviting God’s judgment on our nation when we shake our fist at him and say, ‘We know better than you as to what constitutes a marriage.’ I pray God’s mercy on our generation that has such a prideful, arrogant attitude to think that we would have the audacity to try to redefine what marriage is all about.”

His stance wasn’t necessarily a surprise: Chick-fil-A is one of the few businesses that is closed on Sundays and major holidays, and its founder and CEO, S Truett Cathy, is a devout Southern Baptist. Dan Cathy’s comments nonetheless sparked outrage across social media and led to boycotts of the chain’s 1,600 stores. Although the chain tried to distance itself from the issue, Cathy’s words became the de facto stance of the restaurant chain.