Which way to a bank that accepts a deposit of market share? 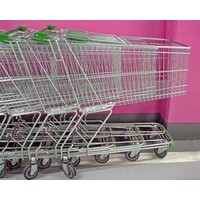 Is there “pricing logic” behind the current price war being fought between Coles and Woolworths?

Pricing theory tells us that there are three situations where a price war may make sense – none of which support the strategies pursued by the two supermarkets.

Price wars make sense when there is a ‘format’ on the line. Sony’s Blu-ray technology won the format war against Hitachi’s HD-DVD when the former dropped prices aggressively. There is no format war in Australian supermarkets: with the exception of Coles at the Melbourne Showgrounds, they all make you walk to the back of the store to get the milk.

The second situation is where there is an opportunity to pick up significant volume or customer numbers at a “trigger” price. This happened in the broadband price war of 2004, when Telstra dropped prices to $29.95. Everybody has milk today, whether it’s at $1 a litre or $2 a litre, but only 500,000 households had broadband internet access back in 2004.

The third situation where price wars make sense is where one competitor has a distinct cost advantage over another. In India several years ago, Bajaj Auto started a price war with Hero Honda, knowing that regardless of the latter’s selling price, they had to send a fixed price royalty payment back to Honda in Japan.

So is the only logical conclusion we can draw from the supermarket price war, from a pricing perspective, is that the winners are the customers, and it’s all about market share?

Sadly, there is no bank in the world that accepts a deposit of market share. And while consumers may be the winners in the short term, the same cannot be said about the long term.

In his 2004 book The Paradox of Choice, psychologist Barry Schwartz found his local supermarket stocked 175 different salad dressings, 275 different breakfast cereals, and 360 different hair products (shampoos, conditioners and the like).

This paradox of choice is already starting to disappear from Australian supermarkets: Greenseas Tuna and Victoria Bitter have already disappeared from some retailers’ shelves.

The suppliers who survive may be forced to cut out the middle men and sell directly, for example via farmers’ markets – the number of which have doubled since 2004.

And as a keynote speaker warned at the recent National Sustainable Food Summit, artificial food factories may replace those suppliers who don’t survive. And then we’ll be wondering what everything we eat is – not just the chicken nuggets.