Who benefits from the extraordinary rise of Bitcoin? 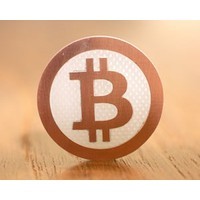 For hundreds of years, money has fallen into the second camp. It has little intrinsic value in itself, but governments have backed it up, first with gold, and now with a promise to use its control of the levers of monetary policy to make sure it’s worth something. Because of that government backing, people are willing (indeed forced) to use it as a medium of exchange.

Bitcoin is something new. Developed by a secretive developer who dubbed him- or herself Satoshi Nakamoto in 2009, the currency is entirely digital and operates independent of any government. Instead, its value is upheld by a series of design functions that ensure it grows at steady but slowing rate. There are two ways to get Bitcoins. You can buy them from others using traditional currency, or you can “mine” them.

A single Bitcoin is essentially a number that satisfies a certain mathematical equation. There’s a limit to how many numbers can satisfy it, so there’s a limit to the number of Bitcoins. People who “mine” Bitcoins are operating advanced computers 24/7 to run the equations to find new numbers, and gaining those numbers (now Bitcoins) for themselves when they do. They then verify their discoveries of that Bitcoin and help verify transactions of Bitcoins made by others (the internet allows them to track the movement of Bitcoins from user to user).

It’s a complicated design, but that’s how the developers avoid the problem of having people claiming they have a whole lot of Bitcoins when they don’t. It’s a complex way to build something never attempted before: a decentralised currency.

For the first two years after the currency launched, a single Bitcoin sold for a few American cents. In 2011, online publisher Gawker published an article on how Bitcoin was being used to buy “any drug imaginable” on online marketplace Silk Road. The value of Bitcoins to US dollars shot up, but the boom didn’t last. By August that year the currency had lost half its value, leading many to think it was done for.

But since then, the value of Bitcoins has been on the up. Bitcoins are notably volatile, often shifting as much as 8% in value over the course of a day, but if we look at the broad trend, the value of Bitcoin has been steadily rising. Since the start of this year it’s surpassed all previous records (see chart). And since the Cyprus banking crisis at the end of last week, it’s risen even further, including against the Australian dollar. Against the American dollar, it’s up 57% in just a week.

For journalists, this poses a problem. With most speculative movements, it’s possible to discern who is making money and who’s losing it. In fact, the world’s Rich Lists heavily depend on the ability to chart how people’s investments in various entities are tracking based on the market price of those assets.

Bitcoin is an entirely different beast. Freed of government regulation and control, there are few ways to put a name to who is buying and selling the currency. But the shadow surrounding Bitcoin transactions goes deeper. Bitcoin has a tradition of anonymity (one its developer or developers has fully availed themselves of). People often don’t talk about their personal use of Bitcoins. That’s often what’s attracted them to the currency in the first place.

In August 2011, NPR in America did a show on the topic. Their journalists tried to speak to find some real-life users of Bitcoins. Sitting at a cafe that accepted Bitcoin as tender, the reporters spent a dreary day watching customers pay with dollar bills. Finally, a single customer walked up and paid for his coffee by electronically transferring the currency. They approached him, hoping to speak to him about why he uses Bitcoins, but he baulked.

The whole point of Bitcoin is its anonymity, he said. He wasn’t about to give it up, even to explain why he uses it to buy a cup of coffee.

A couple of different places have published various Bitcoin “rich lists” tracking the accounts with the biggest balances. The most recent one I could find is from nine months ago. Then, the wealthiest Bitcoin user had 438,825 Bitcoins, a fortune worth around $US30 million using today’s exchange rate. But the identifier attached to the account is a 40-character-long string of numbers and letters.

The Bitcoin hoarders know who they are, and how much money they’ve made in the past few months. But no one else does.