Who gave that hotel 5 stars? The concierge 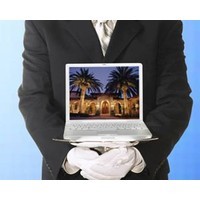 The question has occurred to anyone who’s had a bad meal at a restaurant that got raves on sites such as Yelp: are user reviews written by actual customers, or do establishments post some of them themselves? It’s hard to know; many reviewers are anonymous, and it’s not easy to spot fakery just by reading reviews. But new research helps us understand what kinds of businesses are likely to create fakes.

We focused on hotels, utilising two review sites that take different approaches: anyone can post on TripAdvisor, but only people who have booked a room can review on Expedia. Before examining the data, we hypothesised that the net gains from positive reviews are highest for independent hotels with single-property owners and lowest for branded chains with multi-property owners. The reputational spillover from being caught faking reviews is greater for owners associated with other properties. We figured, then, that small, independent hotels would be more apt to manipulate reviews, both by praising their properties and by trashing competitors.

To test that theory, we used market research information on 2,931 US hotels to distinguish between independent hotels and chains and between single- and multi-property owners. Then we “scraped” data on the hotels from TripAdvisor and Expedia, obtaining all review texts and star values. Because of Expedia’s stricter policy, we expected manipulated reviews to be more prevalent on TripAdvisor.

Independent, small-owner and small-management-company hotels did have significantly more five-star reviews on TripAdvisor than on Expedia – and their neighbours had more one-star reviews there. These smaller hotels do, then, appear to be manipulating reviews to boost themselves and hurt their competitors. (TripAdvisor spokesman Kevin Carter says, “We take the authenticity of reviews very seriously and have numerous methods to manage their legitimacy.” They include automated screening tools and specialists who investigate suspicious reviews. He cites a TripAdvisor-commissioned study in which 98% of respondents said the site’s hotel reviews accurately reflected their experience.)

There’s not much that managers can do if a competitor gets inordinately positive reviews. When it comes to suspicious negative reviews of their own establishment, however, they can take action. Scroll through TripAdvisor’s one-star reviews, and you’ll find posts from managers questioning whether a complaining “guest” actually stayed in the hotel, usually by referring to the date and the specifics of the complaint. It’s not clear how effective these rebuttals are – they don’t alter a hotel’s average star rating, the metric that’s presumably most important to consumers.

As user reviews continue to drive business, it’s helpful for everyone to maintain some skepticism. But there’s good news, too: the overall number of faked reviews appears to be small.