Who moved my cube? The ins and outs of workplace interaction 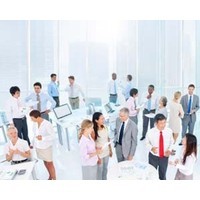 Managers once discouraged, even forbade, casual interactions among employees. To many bosses, chit-chat at the watercooler was just a noisy distraction from work. Today we know that chance encounters and conversations on the job promote co-operation and innovation, and companies craft their floor plans and cultures with this in mind. The results have been surprising – and often disappointing.

Open floor plans, or indeed any type of design, can either encourage or discourage informal interactions, depending on a complex interplay of physical and social cues.

Over the past 12 years we have conducted nine studies of the effects of design on interaction, looking at organisations in the United States, Europe and Asia. We surveyed the extensive literature on the subject and interviewed dozens of managers about their office redesigns. The sum of our research reveals that a space may or may not encourage interaction depending on how it balances three dimensions, or “affordances”, that have both physical and social aspects: proximity, privacy and permission.

The properties of proximity

People often assume that proximity is purely a function of physical factors: how far employees are from one another or how close they are to a break room. But it’s not just the physical attributes of a space that influence informal interactions; “proximity,” as we use the term, depends on traffic patterns that are shaped just as much by social and psychological aspects. In fact, physical centrality is often less important than “functional centrality” – proximity to such things as entrances, restrooms, stairwells, elevators, photocopiers, coffee machines and, of course, the watercooler. The social geography of a space is a crucial component of its physical layout.

The physical requirements of privacy are the most obvious ones. At a minimum, people need to be confident that they can converse without being overheard. To ensure such confidence, spaces must be designed with visibility and acoustics in mind; privacy is enhanced when others can’t see whom you are talking to and when you can see others approaching or within earshot. There’s a subtle implication here: true privacy allows you to control others’ access to you so that you can choose whether or not to interact. Though it may seem counterintuitive, research shows that informal interactions won’t flourish if people can’t avoid interacting when they wish to.

The power of permission

The social dimension of permission is more obvious than the physical one, but both are critical. Culture and convention shape our view of what constitutes appropriate behaviour in a particular environment. In an office, people generally deem a space to be a comfortable, natural place to interact only if company culture, reinforced by management, designates it as such.

Sometimes the artefacts in a space powerfully affect its social designation. In a study of interactions in photocopier rooms at three French companies, we found that the mindless, stationary task of making copies, combined with the need for others to stand around while waiting their turn, created permission for informal interactions. The sense of permission was strengthened by the fact that copying is perceived as work.

Permission, then, reflects the interplay of physical space, artefacts and company culture.