Who’ll be the Lance Armstrong of the financial markets? 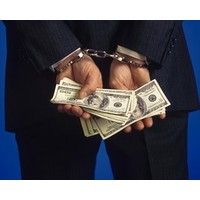 In his recent interview with Oprah Winfrey, Lance Armstrong belatedly admitted to taking illicit drugs throughout his cycling career. But in doing so, he also shed light on a corrupt culture within the sport involving colleagues, sponsors and even the governing body of cycling. Drug taking was such an integral part of the sport that, because the sport was gaining in popularity, nobody wanted to rock the boat. Everyone was benefiting from the deceit.

Last week, the Commodity Futures Trading Commission (CFTC) handed down a damning report on the Royal Bank of Scotland (RBS) and its part in the ever-widening LIBOR scandal, which has already engulfed Barclays, UBS and is about to touch others.

The RBS report is shocking because it details blatant examples of market manipulation, widespread collusion, and anti-competitive, cartel-like behaviour. The conversations between bankers and brokers in multiple firms to manipulate LIBOR are laid out in shocking snippets of expletive-laden market jargon and workplace bonhomie. Transcripts record the fact that traders knew that they were doing wrong; they just didn’t think that they would be caught. They, like Armstrong, thought were above the law.

But RBS is not unique. The same brazen tactics used to extract unwarranted profits from manipulating the markets were reported at UBS and Barclays. Nor was it just the banks: the exploitation also involved brokers, who were bribed by under-the-counter payments to rig the largest financial market in the world to the detriment of their clients.

It was not just the frontline troops. The reports into Barclays and UBS detail instances where the most senior management of these companies were actively involved in manipulating the market to protect their jobs. The CFTC inquiries also document massive failures of compliance functions within all of these banks; Chinese Walls were burned down in the dash for instant profits.

When the reports are put together — and doubtless amplified by more to come — a picture of corruption emerges across the industry. Manipulation of the $300 trillion interest rate market had become so commonplace that it had become part of doing business. Specialists moved between firms keeping their networks alive by sending over crates of champagne to one another when backs had been scratched. The LIBOR trough was so enormous that there was enough for every pig to gorge themselves silly.

How long had this deceit been going on?

Technology has allowed investigators to find instances dating back to 2005, in the super-heated markets before the GFC. But one ex-trader reports that, as a new trader the early 1990s, his colleagues considered him amazingly naive when he reported what he considered to be manipulation.

At this point, one might ask: what were regulators doing? There were a number of studies, by normally astute bodies such as the IMF, which concluded that while manipulation was alleged it could not be proven. These regulators were not duped. It transpires that manipulation was so widespread it was no longer anomalous, but was part of the background noise of the market. When there is collusion to rig market prices, who can say what the real market price should be? Certainly not post-hoc statistical analysis.

In itself, the widespread corruption in the global interest rate markets would be sufficient to warrant a serious re-think of banking regulation. But in the past few years, major banks have also been accused and found guilty of money laundering (HSBC and Standard Chartered), securities fraud (Goldman), tax avoidance (Australian banks) and deceptive practices (UK banks) in multiple markets. There is a stench of corruption in the global financial markets that will not be removed except by root-and-branch reform.

Who should tackle this mammoth task?

Certainly not the global banking regulator, the Bank for International Settlements (BIS), which has been captured by the largest banks. Self-regulation doesn’t work either, as shown by the failure of the British Bankers Association (BBA) to police its own rules on LIBOR. Local regulators are finding it hard to chase companies beyond their parochial jurisdictions. The largest banks are adept at routing dodgy transactions through so-called Special Purpose Vehicles, located in offshore banking centres such as Ireland, to evade local scrutiny.

Is there a better model?

We can look to sport for an example. The World Anti-Doping Agency (WADA), headed by Australian John Fahey (a modern day Elliot Ness if ever there was one), has created a regime that means that while an offender may not be caught today, information is painstakingly collected that can be analysed later to detect drug-taking. It is CSI applied to sport. This system eventually led to the confessions that finally brought Lance Armstrong down.

In their next meeting, the G20 should create a World Financial Crimes Agency (WFCA), based loosely on the WADA model. The role of such an agency would be to collect data from financial markets around the world and to test for possible financial crimes. Such an agency would actively encourage whistle blowing and prod legislators to provide protection for whistle-blowers. The body would also ensure that bank boards, like sporting administrators, sign up to a campaign to drive white-collar crime out of the financial industry.

The costs would be a pittance compared to the economic damage inflicted by market manipulation and might start to restore public faith in the financial markets.

There is a possible candidate for the Armstrong role. His name is Thomas Hayes, who has been outed by the press as the probable ‘Senior Yen Trader’ at UBS. This senior banker was a Svengali who successfully orchestrated “campaigns” to manipulate the LIBOR markets. Mr Hayes, if he is indeed the infamous Senior Yen Trader, will never work in the financial markets again and hence should be encouraged to come clean about the deception in return for some form of protection. Perhaps a segment on Oprah awaits.