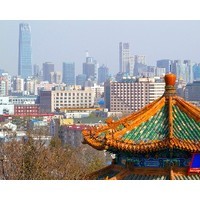 Forget APEC. That is so 1997. Prime Minister Abbott has recently established an ambitious – not to mention exceedingly optimistic – deadline of 12 months to conclude a Free Trade Agreement with China.

If he succeeds, he will have triumphed where Mark Vaile, Simon Crean and Craig Emerson failed: to persuade Beijing to provide Australia free trade access to its vast markets.

In April 2013, after eight years and 19 rounds of negotiations, the Gillard government abandoned Australia-China FTA talks, due to Beijing’s complete disinterest in expanding market access to Australian firms, demonstrating the limits of the Canberra-Beijing commercial axis. Subsequently, Gillard and Rudd sought a modest agricultural trade agreement with China, although neither made much progress.

What are the chances the Coalition can secure a wide-ranging FTA with China without playing lay-down misère?

As an avid cyclist, Mr Abbott is clearly a subscriber to the bicycle theory of free trade.

The principle of bicycle theory is simple: keep pedalling. Or you’ll fall off.

More accurately, if countries stop pushing free trade and signing new trade agreements then there will be back-pedalling, which closes markets and prompts protectionism.

C. Fred Bergsten, who developed the theory in the 1970s, writes:

“I’m fond of something called the bicycle theory, which says that trade policy has to either be moving ahead, toward greater liberalisation, or it topples in the face of protectionist pressures from individual sectors. To hold back the protectionist slide and curb restrictive pressures from vested parochial interests you need to couch trade policy in the broader context.”

In other words, a minimalist Free Trade Agreement is better than nothing, because it will inevitably lead to spill-over into other industry sectors. Business will vote with its feet to demand it and government will acquiesce.

This is part of what Paul Krugman called the ‘new regionalism’ in the 1980s – firm and market-led integration as opposed to top-down, state-led trade agreements. This, Krugman argued, was a market-based reaction to the ‘new economic geography’ of the late 20th century, driven by the economics of specialisation, regional production chains and the new international division of labour.

As late as the final federal cabinet meeting debating the AUSFTA’s terms, trade minister Mark Vaile argued that, without sugar, the FTA wasn’t worth having. But cabinet prevailed and the deal was struck – for domestic political purposes, Howard’s critics argued. Nevertheless, the AUSFTA liberalised over 97% of two-way trade between the US and Australia.

First, China wants enhanced FDI access. What does China invest in? Property, port infrastructure and resources. Dig it up. Ship it out.

The Rhodium Group predicts that Chinese FDI will rise to a remarkable US$1-2 trillion by 2020. Australia is heavily dependent upon importing capital, and constant FDI flows and foreign credit are required to support its growth, employment, infrastructure and living standards. China reportedly wants the FDI threshold raised to AU$1 billion, the same investment access US firms obtained under the AUSFTA.

Fourth, in the services sector, education exports are going great guns. 19% of Australia’s international tertiary students are from China – it is our largest single education export market in a AUD$16 billion industry. In this sector, we compete with increasingly-aggressive UK and US institutions. In 2009, pundits predicted a collapse in international enrolments. But whereas Indian applications fell markedly, Chinese applications did not.

Fifth, tourism is another key growth sector, and travel agencies are among the very few wholly foreign-owned businesses in China. In 2010, China-sourced tourism revenue was AU$3.2 billion. By 2020, it is predicted to rise to AU$9 billion. In 2013 alone, an estimated one million Chinese tourists will visit Australia.

To FTA or not to FTA?

Broadly speaking, most Australian manufacturing sectors oppose an FTA, due to a variety of factors – including lower quarantine and environmental regulations, lower safety standards, and the comparative advantage China has in labour costs and economies of scale. Manufacturing trade is already heavily in China’s favour, with the trade imbalance at approximately 10:1.

There is also widespread concern about how long China will take to appropriate foreign technologies and undercut Australian companies in areas such as high-tech products and professional services.

The bottom line? DFATers and Australian firms are likely quivering in their (imported) boots. Because if Mr Abbott does a Howard redux, then he may sign something – anything – to get Xi Jinping’s name on the dotted line.

Dr Remy Davison is Jean Monnet Chair in Politics and Economics at Monash University. He is a conflict expert for the United Nations, New York, and a member of the Council on Optimising Government Performance.