Why Alan Joyce is less crazy than you think 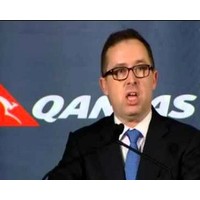 Flying from Sydney to Melbourne with Qantas earlier this week, I found myself wondering how the cabin staff must have been feeling. Behind their ever-courteous, professional and upbeat personas, I can only imagine the sense of unsettled apprehension. I pictured the weekend BBQs in the preceding days where concerned friends would have asked, ‘Do you reckon you’ll be one of the 5000?’

It has certainly been a turbulent few weeks for Qantas. Regardless of your personal views on Alan Joyce, I wouldn’t want his job for all the money in the world. While some deride his cost-cutting strategy as heartless and others accept it as a commercial no-brainer, there is no doubt that the path of organisational pruning Joyce has embarked on is well-trodden and with good reason.

Any green thumb knows that regular pruning is necessary to maintain the health and vitality of a garden. In the same way, organisations require regular pruning of products, processes and even people in order to remain viable. While this pruning can be painful and even disruptive in the short term, it is nonetheless critically important.

Consider how Sony CEO Kazuo Hirai embarked on a series of necessary pruning initiatives over recent years. In the face of a $6.4 billion loss in 2012 and a dramatic downgrade of Sony’s credit rating, Hirai recognised that he would need to act quickly to turn around his ailing tech-giant’s fortunes.

In a similar vein, when Meg Whitman took the reins at HP in September 2011, she made job cuts her first step to reorganising and reviving the company. She made it clear that no position was beyond scrutiny.

When Sir Rod Eddington took the helm of British Airways in 2000, for instance, he set about controversially shedding a massive one-quarter of the airline’s 65,000 workforce. By time Eddington exited in 2005, annual earnings at BA were £450 million – up from a £64 million loss when he had arrived. Certainly reducing head count wasn’t the only turnaround strategy Eddington employed, but it was a key one.

It was a similar story at American Airlines and Japanese carrier, JAL. After filing for bankruptcy protection in November 2011, American Airlines announced that it would cut 13,000 jobs (or roughly 15% of the company’s workforce) in order to regain economic viability.

In the case of JAL, a significant 20-year decline resulting in bankruptcy in 2009 forced the company to significantly reduce costs across the board. JAL’s pruning saw the airline shed one-third of its workforce, dramatically reduce flight routes worldwide and cut its operating costs in half. This has resulted in a stunning resurgence for JAL, which posted an impressive 17% profit margin by the end of 2012.

While organisational streamlining is a painful but often necessary part of staying commercially viable, there are certainly dangers of which Alan Joyce and all leaders must remain vigilant. Chief of these is the danger of over-pruning. Just as over-pruning a garden will stunt growth, cutting too much too quickly in any company can have disastrous effects.

Naturally, trust and morale suffer when huge swathes of an organisation are shown the door. In more subtle ways though, organisations can lose key personnel and vital knowledge that is almost impossible to replace – much like the indiscriminate felling of old-growth trees in a forest.

One final caution when pruning is to avoid viewing it as the cure-all. While cutting headcount is a quick and easy way to reduce costs and improve the health of a balance sheet, sometimes more fundamental changes are required. Perhaps the brand messaging is dated. Possibly the product offering is not longer meeting market needs. Maybe existing revenue channels are being disrupted by new players or new technology.

In any of these instances, simply reducing company headcount will do little to address the underlying business challenges – something akin to clipping ones nails when a cast for the broken arm is what’s required.

Naturally, organisational pruning alone will not be enough to turn around Qantas’ $235 million half-year loss, but it is entirely possible that the steps Alan Joyce is taking are in the right direction. He may not be as crazy as you think.