Why an NBN Co board job is a poisoned chalice 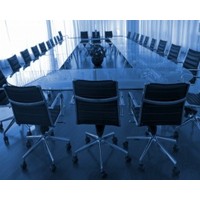 An NBN Co board job would be a poisoned chalice right now, because NBN Co is being set up to fail, either as a byproduct (intended or not) of introducing wholesale competition, or to provide a clean and obvious historical example that “proves” Labor can’t manage infrastructure projects, or both.

As Alan Kohler succinctly puts it at Business Spectator, that the Coalition plans to use fibre-to-the-node (FTTN) technology?—?which means relying on copper wire for the last few hundred metres?—?rather than fibre to the premises (FTTP) isn’t the issue. Competition is the issue.

But for that to work, NBN Co has to be a monopoly, and the very concept of a monopoly goes against the Coalition’s religion. Its policy makes it very clear that the monopoly will go: “The Coalition will remove or waive impediments to infrastructure competition introduced to provide a monopoly to Labor’s NBN, and investigate opportunities to invigorate and enhance competition among retail service providers (where hopes that monopoly infrastructure would enable a dynamic retail market have so far been unfulfilled).”

With competing wholesale providers able to cherry-pick the most lucrative parts of the market?—?such as Telstra’s existing cable network in the inner cities, or any number of players running fibre through greenfield housing developments or to high-rise apartments?—?NBN Co will be left to do the bits no one else wants because they’re not profitable enough. NBN Co is then forced to raise its wholesale prices, making them unattractive to the retail telcos, which have to package the NBN Co’s raw wholesale connectivity with support and application-layer services, such as email and web hosting, and flog them to the public.

The result? Commercially successful wholesale broadband providers in the cities, and NBN Co struggling to deliver its now-overpriced services. “See?”, says the Coalition, “We told you that the private sector is more efficient.”

Would it be too cynical to then imagine some concocted “budget emergency” forcing NBN Co into an asset fire-sale, with private operators picking up whatever they’ve managed to roll out at knock-down prices?

To give new Communications Minister Malcolm Turnbull credit where it’s due, the Coalition plan does have the potential to deliver at least some significant broadband speed increase sooner to those in most need, but there’s some significant challenges too?—?even apart from having to create an entirely new board for NBN Co.

The FTTN network still requires the installation of tens of thousands of nodes?—?that is, the roadside cabinets where the optical fibre is connected to the existing copper network?—?and that means talking once more to all those cooperative people in local government. There are still many unknowns about the state of the copper network. How much of it needs to be replaced anyway? And there are many contracts to be re-negotiated.

Then there’s the fact that he’s starting from behind. Australia is now well behind the pace when compared to other countries, and Labor can’t take all of the blame. In the mid-1990s, Australia had the third-best internet infrastructure in the world, after the US and Finland, whether measured in terms of percentage of households connected, or total internet bandwidth per capita. By the time Kevin Rudd replaced John Howard as prime minister in 2007, we’d dropped out of the top 10 completely, and we were arguing about whether we were still in the top 15.

The latest global State of Broadband Report was released by the United Nations’ Broadband Commission over the weekend. Australia’s ranking is now down to 29th place in terms of fixed broadband penetration, and 22nd place in terms of the percentage of the population that using the internet.

While we’re sixth place when it comes to mobile broadband penetration, we need to remember that it’s the fixed connections that do the heavy lifting?—?now, and for as long as physics operates.