Why assumptions about working mothers could land you in court 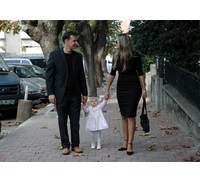 Good leaders know that if they want to attract and retain talent in their organisation, they need to accommodate diversity.

For example, generational diversity brings with it various challenges, but those challenges are worth facing so that the organisation does not close itself off to large parts of the available pool of talent.

Similarly, good organisations accommodate diversity when it comes to family and caring responsibilities.

There are strong commercial imperatives to do so. To get the best people, you need to make sure there are no unnecessary barriers to their joining your organisation. Some of the best people for your firm may be parents, including new parents.

There are also legal imperatives.

This month, the Harvard Business Review published an article provocatively titled “Will working mothers take your company to court?” in which the authors, Joan Williams and Amy Cuddy, covered family responsibilities discrimination from a US perspective.

Their research revealed that often leaders and managers simply didn’t realise that bias against working mothers could cause legal difficulties.

In Australia, there are federal laws against discriminating against employees on the grounds of their family responsibilities, as well as laws specifically about the rights of people returning from parental leave. There are also state laws that apply.

Both men and women can use these laws.

So, to protect their organisations, it is important for leaders to confront assumptions they may be making about mothers and fathers. That’s true even for leaders who are parents themselves.

One of the comments in Williams and Cuddy’s article was that there was a trend of more senior women discriminating against mothers.

If your thinking is along the lines of “no-one made accommodations for me when my children were little, so why should I do so for others,” then acting on that attitude could lead you into some difficulty.

Some practical examples: you decide to award bonuses, but don’t give one to the new mother because they are not as ‘committed’ as others. Your organisation usually makes casuals permanent after a period of time, but you decide against permanent status for a new parent because you don’t consider them to be as reliable. You give more, better, or more regular work to non-parents. When a parent wants to be able to do school runs, you equate their unwillingness to work longer or more hours with “unreliability”.

These types of management conduct have been criticised in Australian cases where parents have successfully sued.

Does this mean you should avoid hiring people of child-bearing age? No. Apart from the legal prohibitions on that type of discrimination, you would also be closing yourself off to substantial sources of talent.

Instead, the best approach is to identify the risk of legal proceedings, and then manage it. The best way to manage it? As Williams and Cuddy say, “cut it out”.

In other words, when it comes to your staff, check your assumptions about parents at the door. Take every employee as an individual, with individual approaches to parenting. Treat them as fairly as you would anyone else. If a flexible work request is reasonable and can be granted, try to accommodate it. That will help from a narrow legal risk management perspective, and will also be consistent with your organisation’s interest in getting and keeping the right people.