Why external hires get paid more, and perform worse, than internal staff 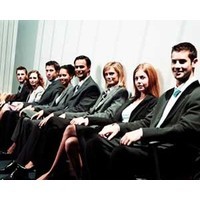 Here is some research sure to rankle every employee who has applied for an internal promotion and been passed over in favour of someone brought in from the outside.

According to Wharton management professor Matthew Bidwell, “external hires” get significantly lower performance evaluations for their first two years on the job than do internal workers who are promoted into similar jobs. They also have higher exit rates, and they are paid “substantially more”. About 18% to 20% more. On the plus side for these external hires, if they stay beyond two years, they get promoted faster than do those who are promoted internally.

“Most jobs are entered into through a variety of different routes, sometimes by being hired from the outside and sometimes by moving up from inside the firm,” says Bidwell. “I was curious as to what the effect of these different routes would be” on an individual’s job performance. His research is presented in a paper titled, Paying More to Get Less: The Effects of External Hiring versus Internal Mobility.

The issue has significance for organisations, Bidwell says, as they think about where they source their employees, especially higher-level ones. Do they “grow their own” or do they go out into the job market and hire outsiders? “My research documents some quite substantial costs to external hires and some substantial benefits to internal mobility,” he notes.

Getting up to speed

The context for Bidwell’s research lies in the increased mobility of workers over the past three decades as companies have turned away from offering lifetime employment in favour of relying on the external labour market to find experienced workers at all levels of the organisation.

By comparing internal mobility and external hiring processes – looking specifically at performance and pay – Bidwell’s research can help employees learn more about “the consequences of their career decisions”, including the tradeoffs that characterise internal and external mobility, Bidwell writes in his paper.

Some of those tradeoffs are easily identified. In noting that external hires need about two years “to get up to speed” in their new jobs, Bidwell suggests it is because outsiders need that amount of time to learn how to be effective in their new organisation – specifically, how to build relationships. Meanwhile, the risk of failure is substantial. Although external hires are paid quite a bit more than employees promoted into similar jobs, “this is not a free lunch for the external hires,” he says. “There is a much greater risk of being let go during those first few years, mainly because they may not develop the necessary skills and thus will not perform as well as expected. Then, too, they might decide to leave voluntarily.”

While doing his research, Bidwell noted one particular difference between the external hires and those already in the company who are being promoted. “People hired into the job from the outside often have more education and experience [than internal candidates], which is probably some of the reason they are being paid more,” he says.

Those tradeoffs might help explain why external hires earn so much more than internal employees promoted into the same jobs. If these hires have better resumes and are perceived as able to get a job more easily outside the company, then they can demand higher pay than internal people. Hires may also want higher pay to reflect the unfamiliar environment that they face on coming into a new position. Hiring managers confirm that they typically pay 10% or 20% more to pull people out of positions “where they already have some security and where people know them and know they are doing a good job,” Bidwell says.

He acknowledges that his research may frustrate an organisation’s in-house workforce. “It is sadly the case that being more marketable, as external candidates are, is always going to be valuable and will generally lead to higher compensation.