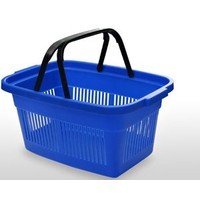 Generation Z members are more likely to live at home, receive financial assistance from their parents, live in cities and will trust their friends’ opinions on what to buy more than marketing, according to new research from IBISWorld.

But businesses still have an opportunity to market to this generation, which will have the most buying power in about five years’ time, one analyst says – they only need to be more subtle and advertise through a variety of different channels.

“There’s a recognition in the marketing community now that you can’t do forced marketing,” says IBISWorld senior analyst Naren Sivasailam. “Generation Z don’t like that idea.”

“They get annoyed when people tell them what to buy, and how to do it.”

The new data, compiled as a part of International Youth Week, found that Australians born in the early to mid 1990s will make up 13.2% of the population by 2015, roughly 2.9 million people.

They’re also more likely to be funded by their parents as well, with 64% receiving assistance from parents, and of those who receive assistance, 45% get financial help paying their rent. And just over 49% are using their parents to pay the bills.

They’re also more likely to converse with their friends during times of trouble. They’re less likely to believe people can be trusted, (49.7% compared to 54.1% of the general population).

They also have more leisure hours – 78.1 each week – and they’re using it to engage in their favourite past times.

These trends present both challenges and opportunities to businesses, Sivasailam says, as Generation Z reveals itself to be more cynical than previous generations when it comes to people in authority – including marketers.

But there is also an important need to understand this generation, he says, as they will slowly become the demographic with the most buying power over the next decade.

“This is a lucrative market. Even if they don’t earn their own money at the moment, they will have the most spending power. And they are also wary about what they’re spending their money on.”

Generation Z don’t like being overtly sold to. They’re also more likely to stick with friends when deciding what to buy, evidenced through the gluttony of shopping sites with review features and social networking – including Facebook.

Sivasailam says businesses just need to market through as many channels as possible, rather than sticking to just one method, also reminding entrepreneurs to remain subtle.

“Obviously with technology there are ways to market and spread a message through more channels, including social media as well.”

“They’re also quite distrusting, and simultaneously more empathetic and cynical. Cynical to people in authority, such as marketers and politicians, but empathetic to organisations with a social conscience.”

“There are opportunities there, but also potential risks if businesses don’t approach them right.”