Economic Pulse: Why is the Australian dollar falling and will it stay down? 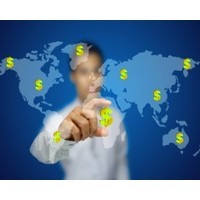 At last, for our exporters, a bit of good news.

The Australian dollar is falling, as it has been all week. In May, it slipped below parity with the American dollar, which it had stubbornly eclipsed for more than a year.

But then, it went even lower.

As I write this, it has hit US94 cents, and most analysts think it’ll stay there.

Is it time to breathe a sigh of relief, or just a temporary reprieve?

First things first, let’s look at why the dollar is where it is.

Why is the dollar falling?

The Australian dollar’s strength in recent years has always had more to do with the strength or otherwise of the world’s major economics over our own domestic conditions.

Our currency is typically measured against America’s, and for the past few years, America’s currency has been low for two reasons. Firstly, its economy has been in the doldrums, and secondly, its central bank has been printing huge amounts of money to try to keep things afloat.

America is now doing better. There’s been a string of positive results coming out in recent weeks which have seen its currency rise against most of its major competitors.

Two weeks ago, US house prices recorded their strongest gains since 2006. And US consumer confidence rose in May, for the second consecutive month. It’s now at a five-year high.

The other country propping up our currency has been China, our major trading partner. However, China in recent months appears to be slowing down, and the resource boom it powered is winding up.

Add to that the Reserve Bank which last month lowered interest rates 0.5% before holding them steady last week and Australia is seen as less of a lucrative safe harbour for global capital. Lower interest rates mean lower returns. That coupled with the improvement in America’s fortunes means money-movers are taking their cash offshore, which has the effect of lowering our currency.

Will it stay down?

Ultimately, it’s impossible to forecast with any absolute accuracy where the dollar is likely to end up.

But most analysts are expecting it to fall slightly lower in the next few weeks.

Yesterday, Goldman Sachs said it expected the currency to hit US85 cents within a year, down on its earlier US90 cents prediction.

NAB is slightly more bullish on the dollar. It yesterday also revised down its forecast of the AUD to US93 cents for most of this year, though it expects the dollar to drop as low as US87 cents in early 2014.

ANZ is tipping the dollar to stay about where it is for the next few months, after which it could fall to US89 cents by June next year.

Plenty of investors are putting their money where the forecasts are. The number of investors shorting the dollar is the highest it has been since 2009. Shorting a currency involves borrowing a dollar at today’s rate and selling it on, in the hopes of buying another dollar at a cheaper rate to repay the original loan later on – shorting a currency is thus a bet that its value will fall.

For our exporters, is it enough?

This is all well and good, but for our exporters, is it enough?

Ian Murray, executive director of the Australian Institute of Export, said the past week has made exporters “pretty happy”.

“We hope it either stays down where it is, or goes down further. Overall, we’re delighted. It was so high before, any decline would make us happy.”

In the long term, Murray says the council would like to see the dollar go down another 10 cents, to US85 cents.