Why it’s time to consider the markets of Latin America 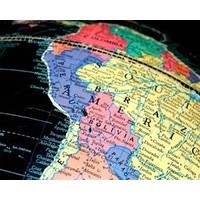 When the serious nature of public-sector indebtedness in Greece came to light in 2010, along with the need for financial rescue efforts to avoid default of many European countries, alarm bells went off in the eurozone. Meanwhile, on the other side of the Atlantic, the United States continued to generate negative economic growth data. This slowdown in the world economy had an impact on growth expectations in almost every industry around the world. Yet, e-commerce in Latin America emerged unscathed and even strengthened, despite all the turbulence.

On May 30, players in this sector from across Latin America met at e-Commerce Day 2012 in Santiago, Chile. During the conference, Carolina Forero, director of e-commerce for Visa in Latin America, announced results of a study showing that e-commerce sales in the region rose to $43 billion in 2011, compared with $22 billion in 2009, a growth rate of 98%. The figure for 2011 exceeded all expectations in the market. In 2009, the industry estimated that e-commerce sales in Latin America would be about $35 billion by 2011, so the 2012 figure was $8 billion more than what had been anticipated.

The Visa study also estimates that e-commerce in the region could wind up amounting to between $54.47 billion and $60 billion by the end of 2012. How has this growth been possible amid the continuing crisis in Europe and the US? Marcos Pueyrredon, president ILCE, the Latin American Institute of Electronic Commerce, which is devoted to developing the region through innovation and the use of information technologies, cited a wide range of factors that have propelled the development of Latin American e-commerce.

“The reality is that the economic crises have strengthened e-commerce in the region,” Pueyrredon said. In his view, this is because “during these stormy times, companies in the region have begun to evaluate new alternatives to compensate for lower sales, thus, opening themselves up to innovative ideas and the use of new tools”.

One of these tools, he noted, is the online channel, which permits retailers to sell products and services while spending less than with traditional channels, such as bricks-and-mortar stores. It also provides businesses with the possibility to access new markets that would be impossible to reach through the brick-and-mortar model in a way that is fast, effective, and on a large scale.

Nevertheless, the fact that companies are making greater use of the online channel has not been the only factor behind the growth of online sales in the region. “The appearance of new players and new business models based on collective coupons [such as those sold on Groupon] and purchases have been crucial factors in the increase that Latin America has been enjoying these days,” Pueyrredon noted. What the coupon firms have done, he added, is to propose new offers in a very creative way and bring in thousands of new buyers who had previously not made purchases over the internet.

The best examples of new business models based on coupons, noted Forero, are the successful Latin American enterprises known as Peixe Urbano [Urban Fish] and Cuponaso. “In 2010, a group of Brazilians – Emerson Andrade, Alex Tabor and Julio Vasconcellos – dreamed about doing something big, and saw a great opportunity in electronic commerce,” said Carolina Forero. She added that this dream materialised in Peixe Urbano, which has a staff of more than 1,000 in Brazil and the rest of Latin America. The company is managing to compete against Groupon by buying Groupalia, and recording a sales growth rate of 50% this year.

Juan Carlos Salame, the founder of Ecuadoran firm Cuponaso, has had a similar experience moving forward this model of collective purchasing while fortifying an online business in which partners from all over Ecuador (including restaurants, spas, exercise clubs, and boutiques) use the Cuponaso site to promote their offers. “There have been thousands of cases of dynamic and extremely successful enterprises that have proliferated thanks to an atmosphere that is favourable for innovation, the development of appropriate logistics and the growing confidence of Latin American consumers in purchasing online,” Forero said.

In addition to this ecosystem of entrepreneurs and new business models, social networks have also played a significant role. Latin American users are beginning to make intensive use of social media platforms, and companies and entrepreneurs in the region have taken advantage of them to offer their products and services. According to a study by Internet analytics firm ComScore, Latin American web surfers spent 30% of their online time last year connecting via social platforms. Facebook was their favourite site, followed by Orkut, Windows Live Profile, Twitter, and Badoo. Overall, the amount of time they spent on social networks grew by 9.5%, compared with 2010.

The phenomenon of social networks has supplied the origins of so-called “social commerce” or “s-commerce,” noted Forero, a space that medium to lower socioeconomic sectors can access to acquire products and services. As recently as just two years ago, those groups did not even think about buying on the internet, he added.

Another variable in the growth of e-commerce in Latin America is a significant increase in the number of users who have access to the internet. At the end of 2009, 181 million Latin Americans were navigating the internet, but today there are more than 240 million such people, said Forero. “This means that the penetration rate of the Internet in [Latin America] has reached 40%, and an additional 120 million people are expected to join their ranks by 2015.”

These factors have combined to generate an annual growth rate of 35% in the volume of e-commerce sales in the region, noted Pueyrredon, which is “much more than the global growth rate [10%.] In some countries, such as Brazil, online sales have been growing at an annual rate of 50%.” Brazil leads the sector, according to the Visa study, comprising 59.1% of all e-commerce sales activity in the region, followed by Mexico with 14.2%, the Caribbean (6.4%), Argentina (6.2%), Chile (3.5%), Central America (2.4%), Colombia (2.3%), and Peru (1.4%). Altogether, the remaining countries comprise 1.21% of the total.

Despite the rapid pace of growth of online commerce in Latin America, many players in the industry have yet to implement platforms that enable users in the region to engage in online sales via mobile devices, according to the experts at e-Commerce Day. Currently, barely 3% of all e-commerce activity in the region today takes place via mobile terminals (so-called “m-commerce”), noted Forero. Latin American users are pushing companies hard to incorporate sales strategies into their mobile channels.

LAN Airlines is one of the companies beginning to feel the impact of this situation. According to Eli Senerman, manager of Lan.com, “Ten percent of the customers of Lan.com access the site on their mobile devices, and they are demanding solutions for interacting with us through their smartphones. As a result, we are beginning to develop sales strategies for the mobile world.”

Clearly, companies in the region will have to deal with a major challenge in that respect, noted Pablo Oyarzún, manager of remote channels at Movistar Chile, a mobile phone operator. The penetration rate of mobile devices – especially smartphones – among Latin American customers is growing rapidly. According to a recent study by research organisation Our Mobile Planet, regarding the use of smartphones in 40 countries, the number of smartphones in both Brazil (27 million) and Mexico (23 million) exceeds the total population of Australia (22 million.)

When it comes to buying online, 45% of Brazilians have made an online purchases via their computers after having searched for information on their smartphones, according to the study. The study showed that 84% of Mexicans have done research about products and services using their smartphones, along with 82% of Argentines, and 75% of Chileans.

Thus far, it seems that mobile devices operate more as informational tools than as transactional devices in Latin America. However, it is clear that “a digital tsunami is coming,” said Oyarzún. “This will be a huge revolution in which users of smartphones and tablets are going to be the next big players in the business on the Internet. Over the next four years, those companies that do not make sales and post-sales services available via mobile devices are going to lose a large share of their markets.”

The threat of Amazon

Armando Arias, e-commerce manager of Walmart Chile, added that if Latin American companies do not efficiently integrate their sales strategies into the mobile channel, “they are going to lose their competitiveness against the international players, and Amazon is going to eat them up.”

Arias noted that Amazon, which sells 50 million products and provides quick delivery, is enjoying annual sales growth of 40%. Moreover, it has developed an iPhone application that makes it possible for users to buy directly via that device. “We will have to prepare ourselves because Amazon, which already has a presence in Russia, Spain, Italy, France, China, Japan and India – as well as the United States – is going to move directly into Brazil and Chile in 2013,” Arias said.

What can companies do so that their customers become more comfortable with buying via mobile devices? There is no easy answer to that question, according to Ricardo Alonso, corporate director of e-commerce for retailer Falabella in Chile, Peru and Colombia, but the solution involves understanding the logic of the mobile channel.

“When a consumer buys via his smartphone, his expectation is to have rapid and flexible access to many products, clear information about related offers, services and benefits, and quick feedback from us, the retailers.” It’s not about replicating the website on the mobile channel, he added during e-Commerce Day. Instead, retailers have to offer their mobile customers even friendlier and more interactive applications, enabling them to communicate with retailers in an efficient way that is reflected in a better buying experience.