Why marketing and making money is all fun and games 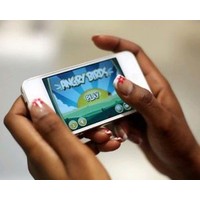 Congratulations! You have just gained 100 reader points for reading this sentence! Finish the article for 1000 and unlock the curious reader achievement.

Avid followers of the cult TV show The Wire might remember renegade anti-hero Omar Little at one point saying “The game’s out there and it’s play or get played”. Love or loathe Omar, (USA Today cited him as one of the top 10 reasons we still love TV) we have to agree. The game is out there. Your consumer wants to play it and your rivals are gearing up to give them what they want. It?s play or be played. Are you ready?

Modern gaming as we know it has been around since the ’70s so we now have several generations that grew up with pixelated table tennis bats, zombies and tanks. But despite this, ‘popular’ gaming was often associated with rank, pasty-skinned teenage boys, and their equally rank bedrooms; being viewed by many as the antithesis of the great Aussie outdoor lifestyle and shunned as an unhealthy pastime.

So it didn’t really tip properly into mainstream acceptance for quite some time. We had to wait until console gaming began to embrace a wider, less hardcore gamer market. First, with titles such as PlayStation, SingStar and later with the Wii, which bundled together a variety of fun and accessible games that you didn’t need to master an 8-button combo to play. About the same time as the launch of the Wii, social media began its imperious march into the mainstream. We’re of course talking Facebook here. Not to say there hadn’t been others before, but these were often centred on specific interests (the decline of MySpace has been linked by some to its portal strategy linking it more strongly to entertainment or music rather than broader lifestyle usage), or were a little more life stage specific (eg Bebo). But it was Facebook that managed to appeal right across the ages and helped drive social networking completely mainstream.

And of course we can’t forget the rise of the smartphone which drove gaming truly into the masses. Users now had a powerful enough computer in their hands with a nice enough colour screen to be doing more than flick through old texts, emails and WAP-based mobile experiences.

Smartphones allowed those who were traditionally non-gamers to fiddle about in their daily moments of downtime, as opposed to more traditional gamers who actively saw games as a pastime; an activity to fill their time instead of watching TV, reading or, dare I say it, socialising.

So the rise of the smartphone allowed people who didn’t see gaming as a viable or attractive option in their normal routine to find a place for it in their day, particularly when stuck on public transport or taking a break from work. Angry Birds anyone?

So in a small way we had a mini perfect storm for gaming. Wider social acceptance of traditional video gaming through the Wii, SingStar etc; the emergence of smartphones that bored people would tinker with on public transport, in pubs and at work (ssshhhh…); and the rise of social networking that encouraged interaction, jostles for status and the spreading of – sorry – ‘sharing’ of, mobile apps and online content.

All of a sudden it was OK to play a little game and it was OK to talk about it, ‘like’ it, and send someone a link about it. Gaming had finally crossed into the mainstream.

And hasn’t it just. Think about it. How many requests for games have you had since you joined Facebook? Scrabulous, Farmville, Texas HoldEm, Mafia Wars, Frontierville. The list goes on. So many in fact, I often get them all confused and, in fear of being forced to poke a cow, I turn them down. But the sudden acceptance and propensity of them means that we are now socialised to them. And because we’re all happier to plow fields, cut fruit, balance tiki totems or catapult bloody animals about, we’re now all happy to engage with new games – games designed to get us to engage with things we wouldn’t naturally do.

This is the crux of the concept of gamification: using game mechanics to get your consumers to engage in activities that you want them to do; things that they wouldn’t necessarily consider doing.

And so, to win new customers, more companies are turning to games. Brands whose efforts at interacting with consumers online were once limited to sending newsletters to those brave enough to leave their email address are now offering their customers online points, badges, and using other gaming mechanics to reward interaction, engagement and the sharing experiences with friends.

At this point some of you still might be skeptical. Sure, you’re thinking, “someone might waste a few minutes on a game, but game mechanics aren’t powerful enough to really shift behaviour”. Well that’s where you’d be wrong. In Sweden, game mechanics were applied to traffic speeding. Rather than fining people for speeding they rewarded every single driver who went UNDER the speed limit by entering them in a lottery. The prize? A share of the fines paid by the dumbasses who broke the law. In the first week alone speeding dropped by more than 20%. While we’re on the subject of motorists, the Nissan Leaf (available in Japan and the US) has an onboard game called ‘Carwings’ that pits you against other real drivers trying to win the Leaf Cup – the prize for the most energy efficient driver on the leaderboard.

Just recently you may have seen news that gamers playing an online game called Foldit had helped scientists crack the protein folding of the M-PMV retroviral protease, an enzyme that plays a key role in the development of a virus similar to HIV. The startling thing was that they expected such a breakthrough within months, but the motivated gamers cracked it in a matter of weeks. This is a key take-home about gamification: if you get it right, the levels of engagement and motivation in the activity, and thus the ability to shift behaviour, are very high. Ding ding! Yes, gaming mechanics can, if implemented well, help shift consumer behaviour.

Ok, so we know game mechanics work. But is anyone using them for marketing? The answer to this is “Yes, Sirree” (hint: they’re already doing it in the US of A). We all know about Foursquare and how every time you check in you move closer to that elusive mayorship. When you’re the mayor of Starbucks (in the US, at least) you get a discount on your coffee to reward you of your status.

7-Eleven recognised the huge pull of Farmville on Facebook (which at about 35 million monthly active users is now only third most popular game on Facebook) and in the first retail partnership of its kind ran a promotion that gave buyers of Slurpees special codes to unlock game items. Think about that. There is no real world benefit here!

Another example is Chiquita Brands International (best known for bananas) which linked up with the 20th Century Fox movie Rio and produced a destination site that allowed users to download clips, freebies and play games. Nothing new there, perhaps you think? Well this was all driven by gamification mechanics. For each different part of the site you visited you gained a badge to put in your virtual passport, and each badge allowed you to enter a competition. But beyond page visits, some badges could only be won by different interactions and tasks on the site. Some, for example, took the effort of more than one individual encouraging users to direct others to the site and drive a community effort to unlock more and more badges and layers of prizes of increasing value. This became one of Chiquita’s most successful promotions.

So what does it all mean?

Well it’s out there right now and it’s growing. At The Leading Edge, we expect there to be a massive growth in the use of gamification, with almost all major brands using gaming mechanics and applications within the next five years.

So it means, much like social media, you need to be more than just aware that it’s out there. You need to start to understand how it could apply to your business to drive increased awareness, engagement, and loyalty. Why? Because your rival will be pondering how it could be applied to their advantage.

But much like social media when it first reared its head, beware. It won’t provide a quick fix for ailing brands or flawed products. And it’s not a bribe system to get people to pay attention to your product. Simply adding badges and high score tables to your website won’t make it a game – or even fun. To really understand “gamification” it is important to understand what it is, and what it is not, from the perspective of your target consumer and then carefully selecting game mechanics that they will find rewarding and engaging, and making connections to your brand that will feel natural. Once you know that, well, you’re the master of your own universe, farm, spaceport, or poker table, aren’t you?