Why NSW holds the key to further interest rate cuts 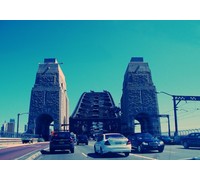 If you want to know where interest rates are going, watch the impact of the China slowdown on the New South Wales economy.

Last week’s rate cut by the Reserve Bank was extra ‘insurance’ – the bank looked at recent developments in China, and didn’t like what it saw. Yet, arguably, those happiest to hear the news were mortgage holders in NSW – Australia’s most indebted state.

China’s slowdown is bad news for Australia as a whole, just as China’s earlier strength was good for us. And NSW was a net beneficiary of the good years – the extra national income boosted business for Sydney’s finance sector (credit growth surged as we borrowed big-time) and for its professional services (amid lots of mergers and acquisitions), while families benefited from a series of tax cuts paid for by China and from the extra purchasing power delivered by rising housing prices and a rising Australian dollar.

Yet NSW benefited less than the rest of Australia. The tsunami in development dollars aimed at chasing China’s mega-mining projects in Western Australia and Queensland rather than in NSW (though both coal and gold have seen good money spent in this state). And ‘people power’ followed those development dollars, with NSW’s population growth lagging badly. In turn, that combination of weakness in capital expenditure and population growth then fed back into weaker growth by eating into the capacity of the state to produce.

Finally, Deloitte Access Economics has long since labelled the lift in exchange and interest rates which accompanied the China boom as a ‘deadly duo’ for NSW’s economy: higher interest rates were toxic in a state with Australia’s largest residential mortgages, and the $A played merry hell with businesses in the state’s manufacturing, tourism and international education sectors.

So while NSW did well out of the China-and-mining-and-engineering-construction boom, it hasn’t been a bed of roses.

Or, to be more exact, it won’t be. The Reserve Bank has already moved rates down, and chances are there’s more good news still to be had on that score.  But the $AU still holds a sting.  Deloitte Access Economics doesn’t forecast that disconnect between the dollar and its fundamentals (commodity prices and interest rates) to linger. But the longer it does, the longer that the bad news out of China will be matchingly bad for NSW.

That’s why watching the Australian dollar and the Reserve Bank will mean watching prospects for NSW’s economy, with those likely to be tightly linked over the next two years.

In the meantime, the momentum in the state’s economy has held up pretty well given the headwinds to date.  Housing construction looks like finally getting off the floor, retail turnover growth is keeping pace with national outcomes, and population growth has turned the corner (albeit still lagging national growth, and by a growing margin).  And although job growth is in the slow lane and job vacancies are weak, unemployment is impressively low.

Rather, this state’s Achilles heel remains capital spending – businesses have less to be excited about in NSW’s future and, developments in China notwithstanding, that won’t change fast.

Accordingly, the business backdrop of the moment for businesses in NSW is one in which China’s slowdown is bad news for Australia, but will be relatively less bad for NSW, especially once our dollar stops defying gravity.  That drives the patterns seen in the short term (a slowdown that stabilises soon) and in the medium term (further losses as a share of Australia, particularly in the next couple of years in which resource construction will continue to drive good growth in some other states).

David Rumbens is a partner at Deloitte Access Economics.